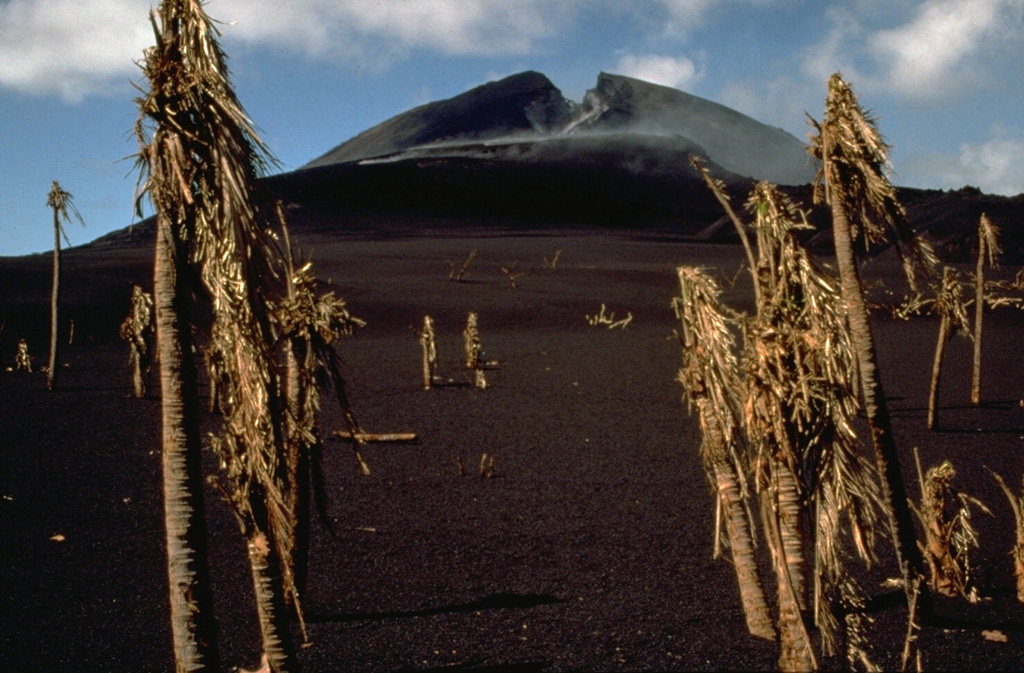 A fissure opened across the summit of Pagan volcano on 15 May 1981, the first day of the eruption. It is seen here on 26 May 1981, looking across a N-flank scoria cone that formed along the fissure. The trees in the foreground are from a devastated coconut plantation.