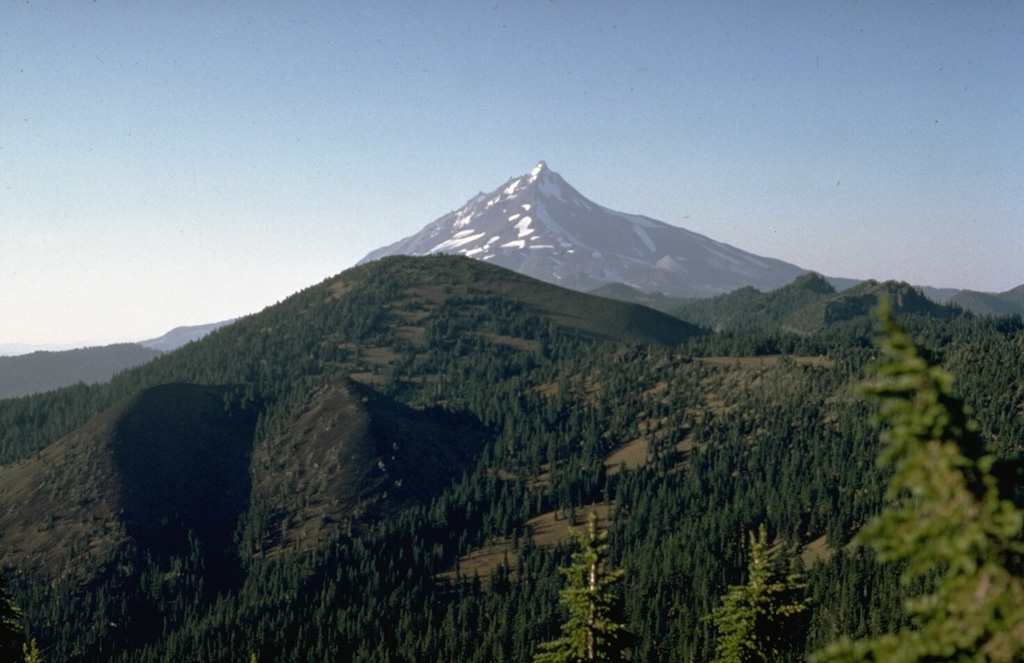 The latest eruption in the Mount Jefferson area occurred from the scoria cone at the lower left on the flank of South Cinder Peak in the center of the photo. The eruption, dated to about 1,000 years ago, formed the cone and produced a lava flow that split into two lobes. One traveled to the NW, and the other flowed 3.5 km W into Marion Lake.