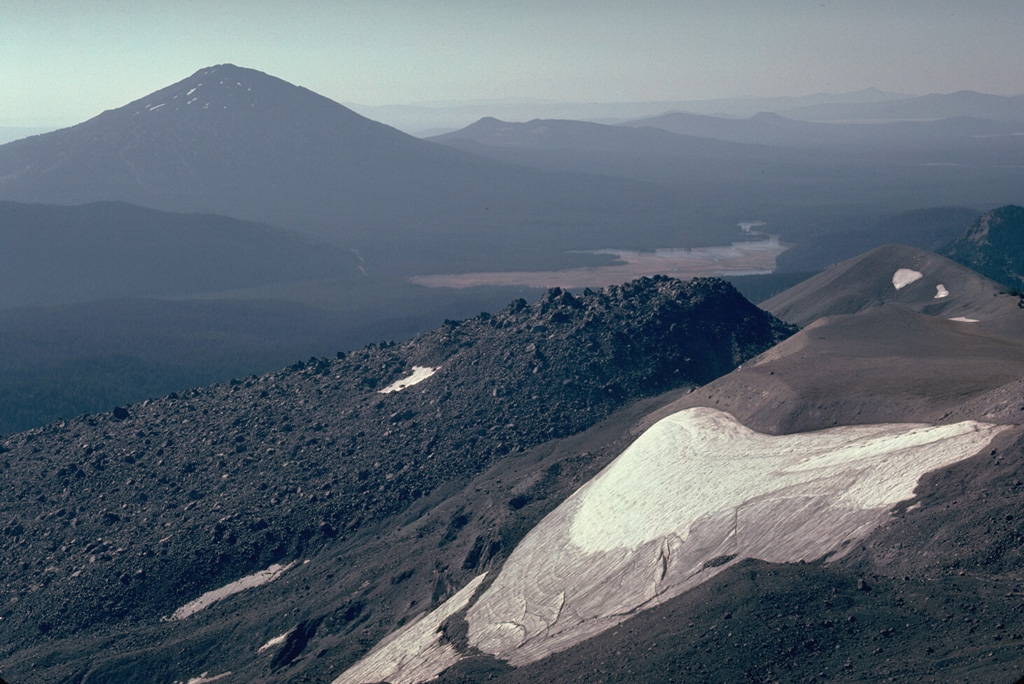 The Newberry lava flow in the foreground is the northernmost and largest of a series of 15 lava domes and flows erupted from a N-S fissure on the SE flank of South Sister volcano. It was preceded by an explosive eruption that produced pyroclastic flows. Another Holocene volcano, Mount Bachelor, is the peak to the left.