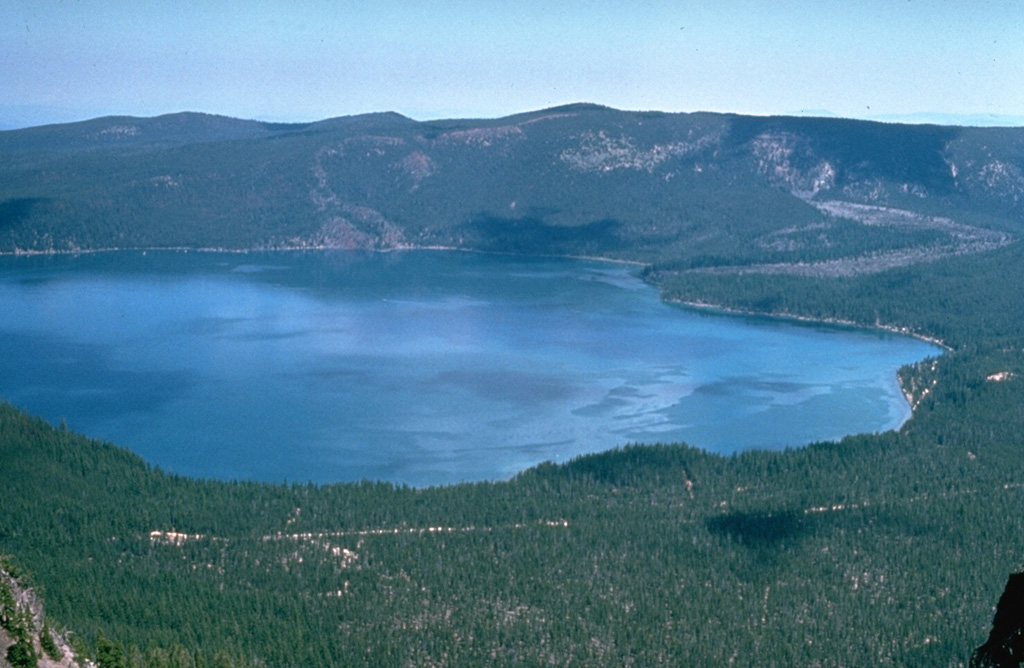 Paulina Lake, the westernmost of two lakes within Newberry caldera, is seen from Paulina Peak, the high point of the south caldera rim. The Interlake obsidian flow entering Paulina Lake at the upper right was erupted about 6400 years ago. The flow split into two lobes, and the other lobe traveled into East Lake, just out of view to the right. This was only one of several eruptive vents within the caldera that were active during this eruptive phase.