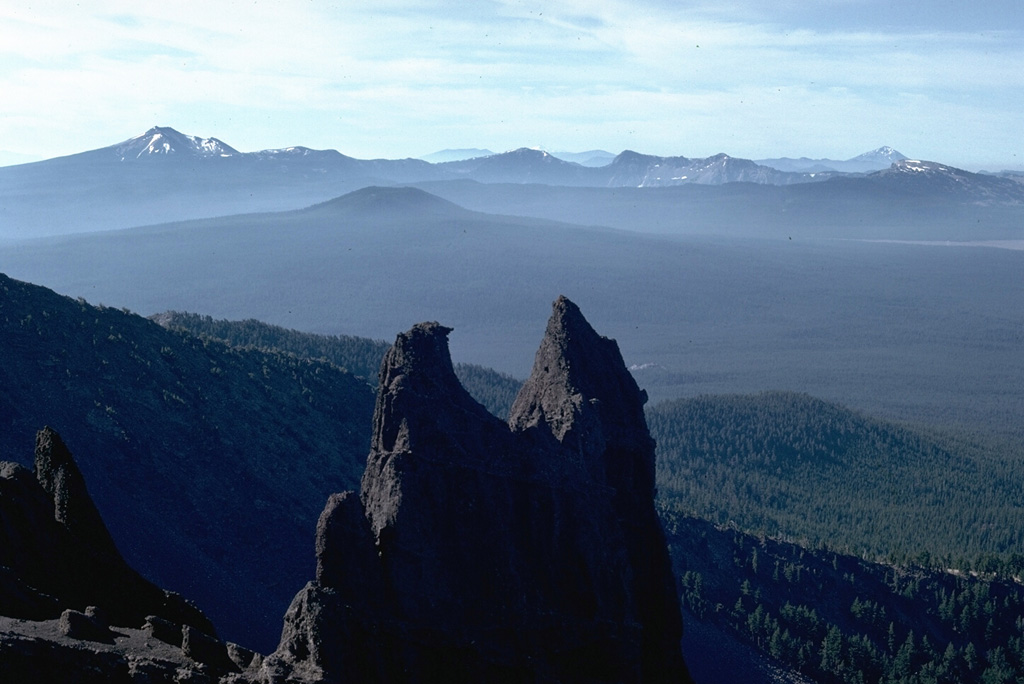 The rim of the Crater Lake caldera is seen in the distance from the summit of Mt. Thielsen to the north. The caldera formed about 7,700 years ago during a large explosive eruption that resulted in the collapse of ancestral Mount Mazama. Mount Scott forms the high point on the left skyline, and Timber Crater is the smaller cone below and left of the north caldera rim.