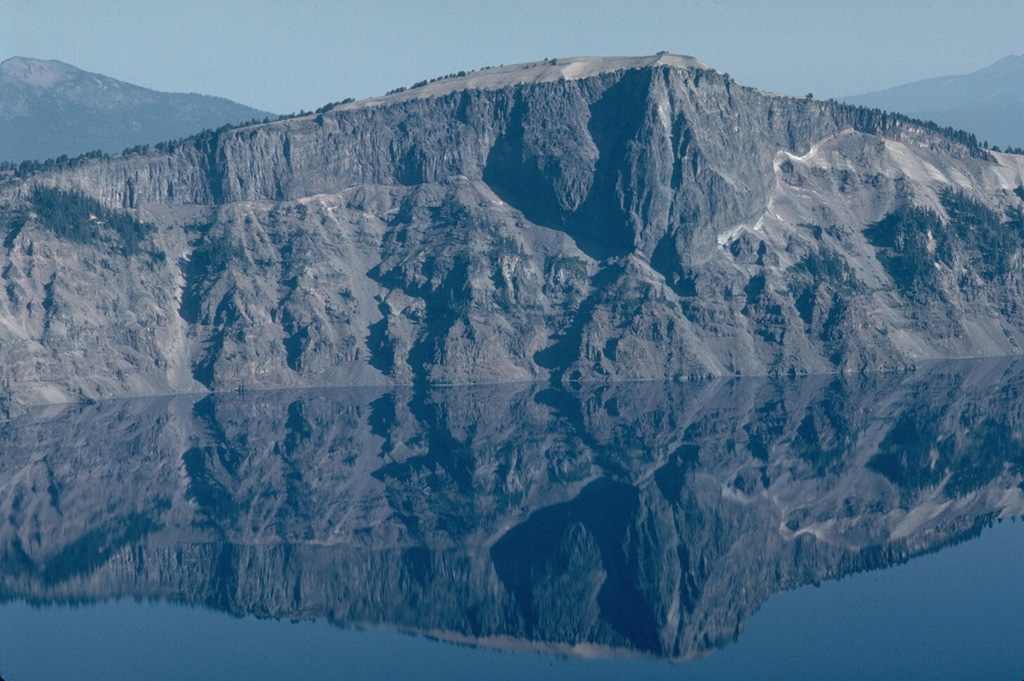 The massive Llao Rock lava flow, exposed in the NW wall of Crater Lake caldera, was emplaced at the end of a major eruption about 200 years prior to the formation of the caldera. The thin, light-colored unit at the base of the lava flow, seen prominently on the right, is a Plinian pumice deposit from that major explosive eruption. The lava flow is more than 350 m thick and is overlain by tephra from the caldera-forming eruption of Crater Lake.