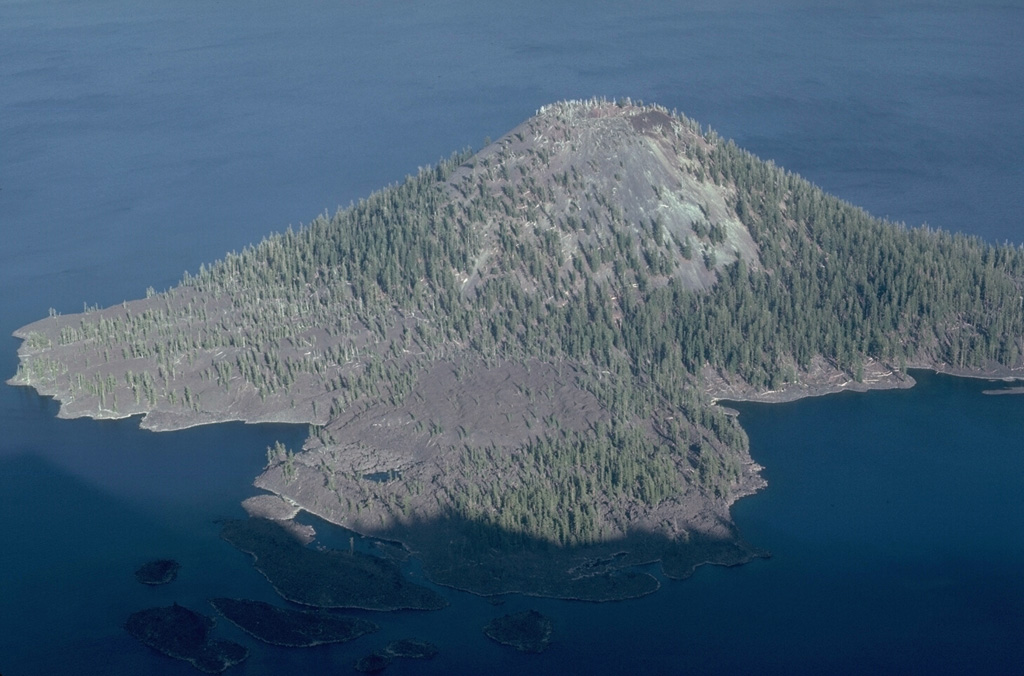 The Wizard Island scoria cone has a symmetrical 90-m-wide crater at its summit, formed above the west floor of Oregon's Crater Lake caldera within a few hundred years of caldera formation. A lava flow created the peninsula in the foreground on the NW side of the cone, which forms a small island on the west side of Crater Lake.