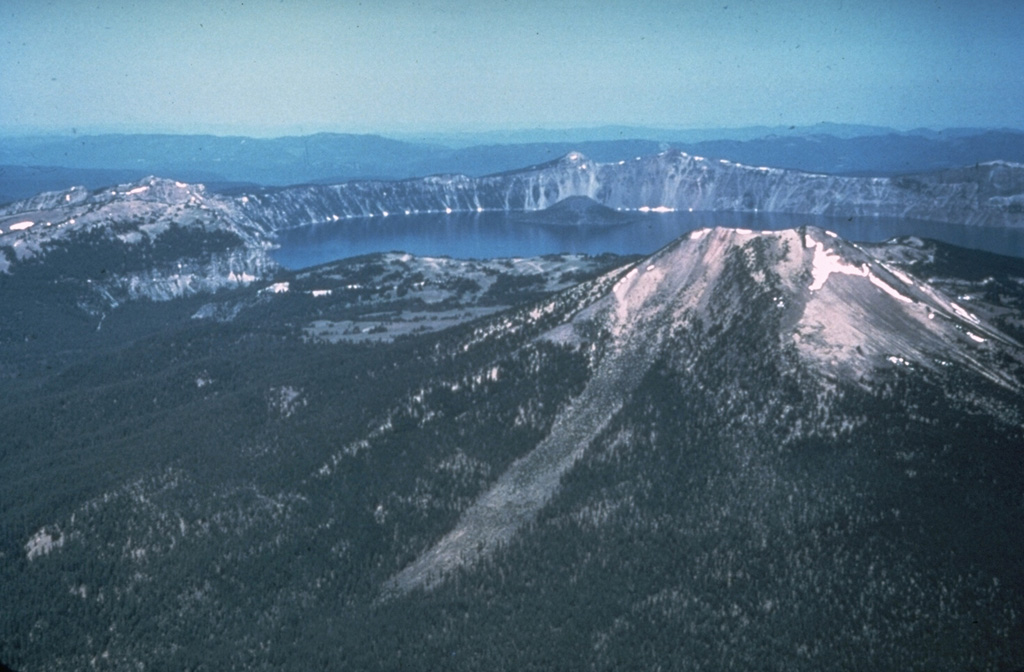 The 8 x 10 km wide Crater Lake caldera formed about 7,700 years ago during one of the world's largest Holocene eruptions. This eruption resulted in the collapse of ancestral Mount Mazama. This view from the east shows Mount Scott in the right foreground, one of the pre-caldera volcanoes. A post-caldera cone, Wizard Island, rises above the far lake surface.