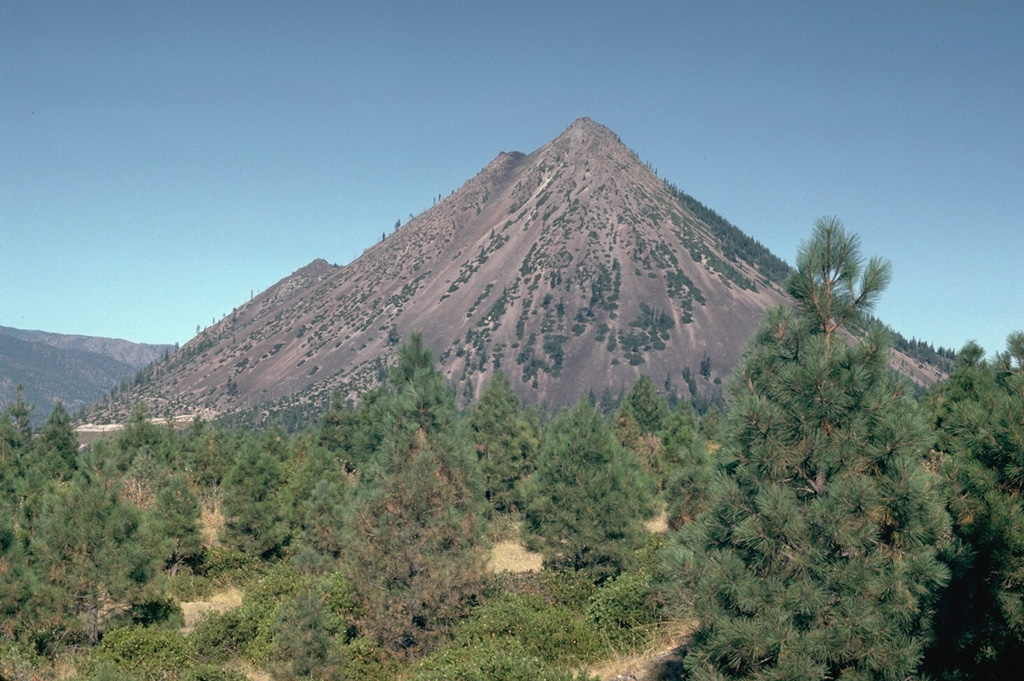 Black Buttes is a group of overlapping lava domes on the lower western flank of Mount Shasta that formed during the early Holocene, around the same time as the formation of Shastina on the upper west flank. Block-and-ash flows accompanying dome growth traveled over 10 km S. The notches on the western flank (left) mark the tops of several individual domes.