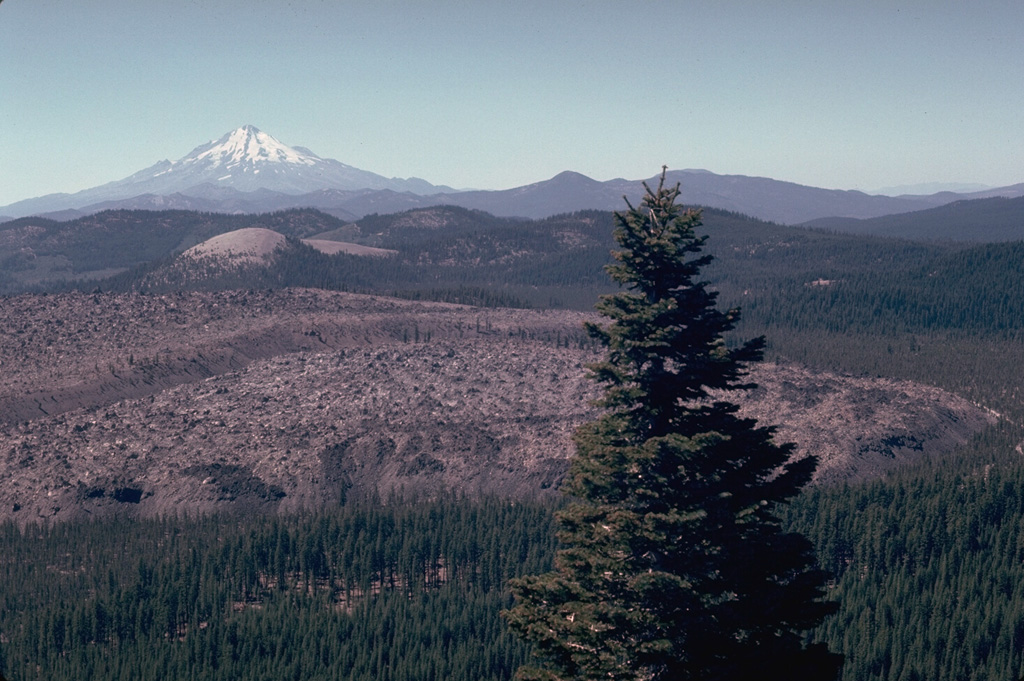 The Little Glass Mountain obsidian flow, seen from Little Mount Hoffman on the west rim of Medicine Lake caldera with Mount Shasta in the background, was erupted on the SW flank of Medicine Lake volcano a little more than 1000 years ago. The light-colored rounded peak in line with Mount Shasta is Pumice Stone Mountain, which is overlain by pumice from the Little Glass Mountain eruption. A series of smaller flows to the NE known as the Crater Glass Flows were erupted at about the same time.