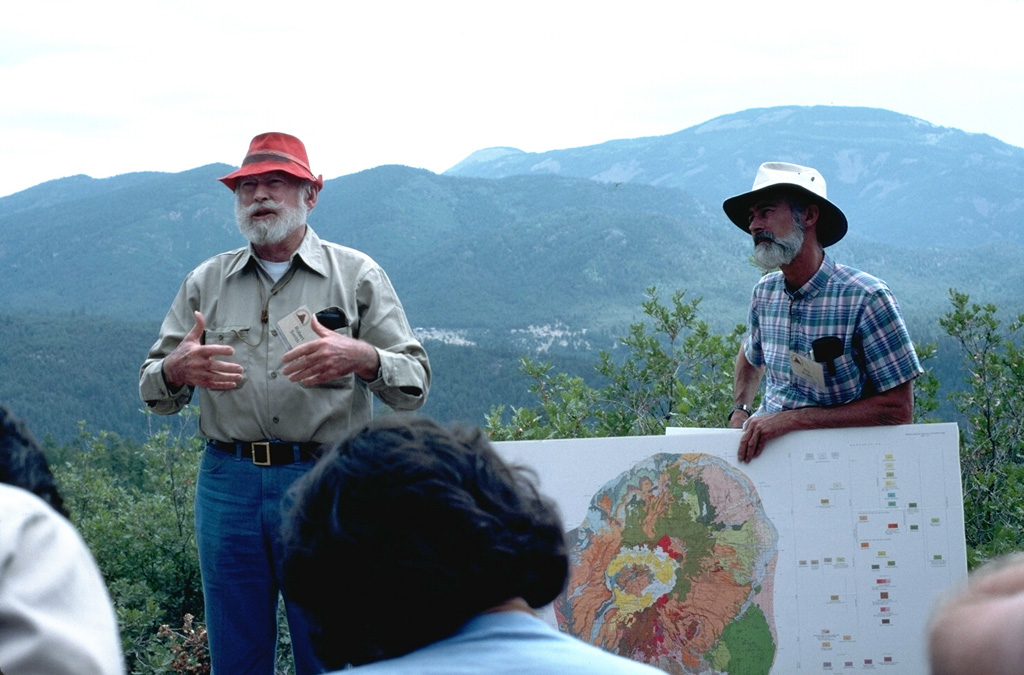 Volcanologists Bob Smith (left) and Roy Bailey (right) lead a geological field trip to Valles caldera. Redondo Peak at the upper right rises to 3430 m, 840 m above the caldera floor, and along with Redondo Border peak at the center, forms the western half of the uplifted resurgent dome seen at the center of the geologic map. The down-dropped Redondo Creek graben, which cuts diagonally through the center of the photo, has been the focus of geothermal exploration in the caldera. 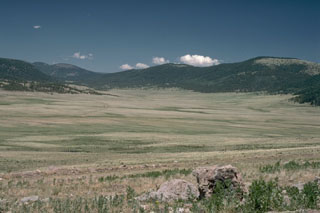