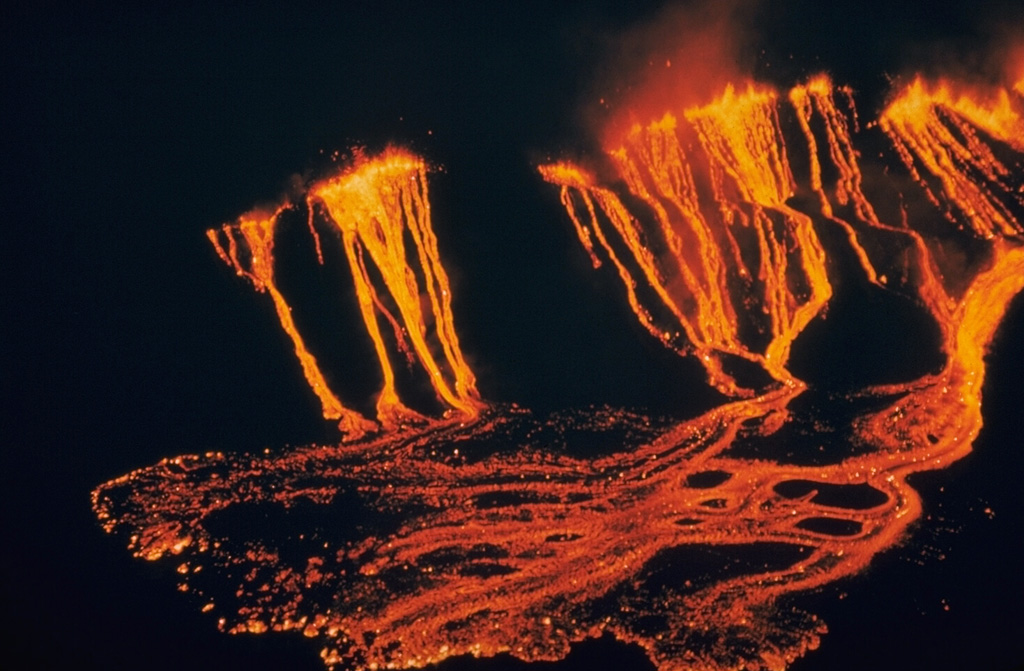 Lava fountains along a fissure on the SW side of the Kilauea Iki crater erupted this lava that flowed down to the crater floor at the beginning of an eruption on 14 November 1959. This view, looking SW from Bryon's Ledge overlook, shows lava ponding on the crater floor. The initial fissure was about 1 km long and produced fountains about 15 m high. Lava from the western part of the fissure dropped 50 m onto a platform before reaching the crater floor; flows on the eastern side descended 90 m directly to the crater floor.