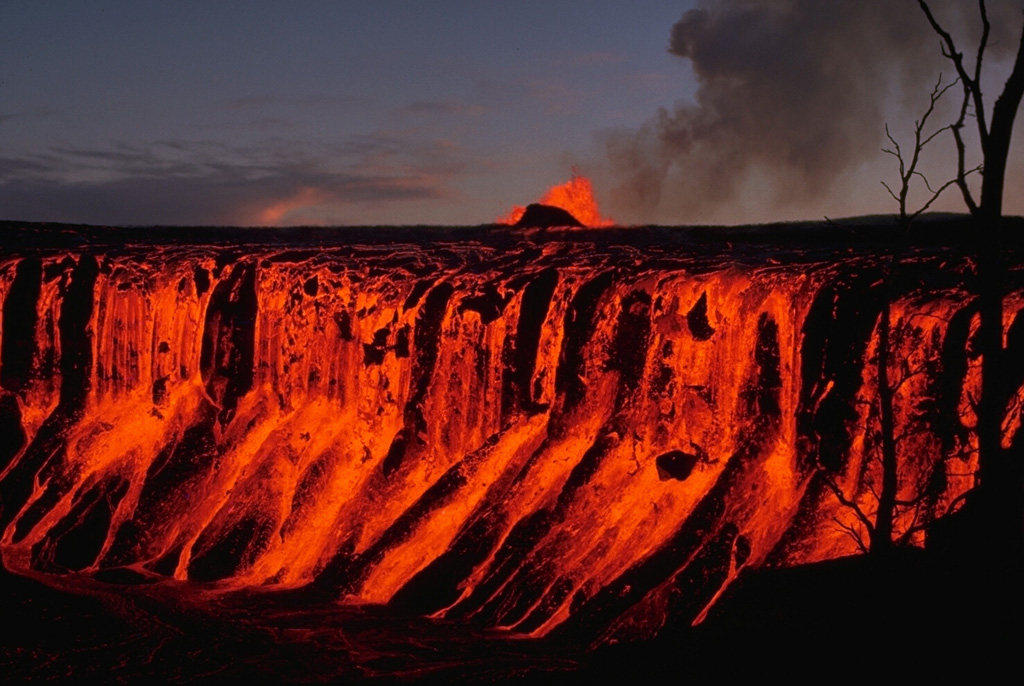 Lava flows from fountains at the Mauna Ulu cone in the background cascade down the Aloi crater walls on 30 December 1969. The 1969-74 Mauna Ulu eruption eventually filled both Aloi crater west of Mauna Ulu, and Alae crater to the east.