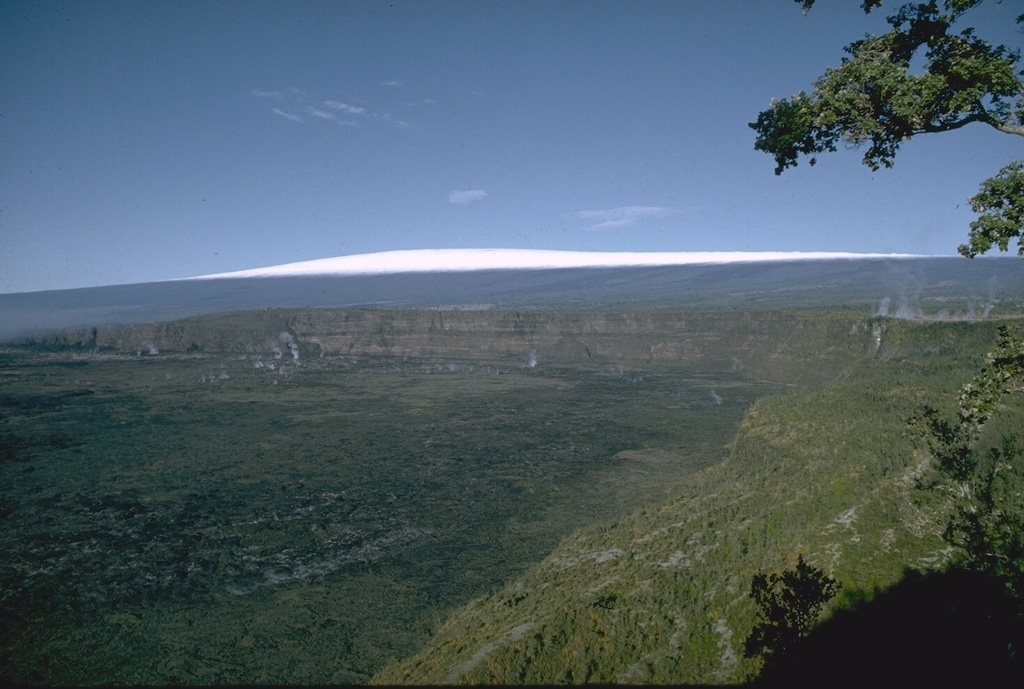 The 3 x 5 km caldera at the summit of Kilauea is home of the Goddess Pele and has been Hawaii's most active volcano during historical time. Kilauea is a shield volcano on the east flank of Mauna Loa, visible in the distance. Eruptions originate both from within the summit caldera and from SW and E rift zones that extend to the sea and predominately produce lava flows, with occasional large explosive eruptions.