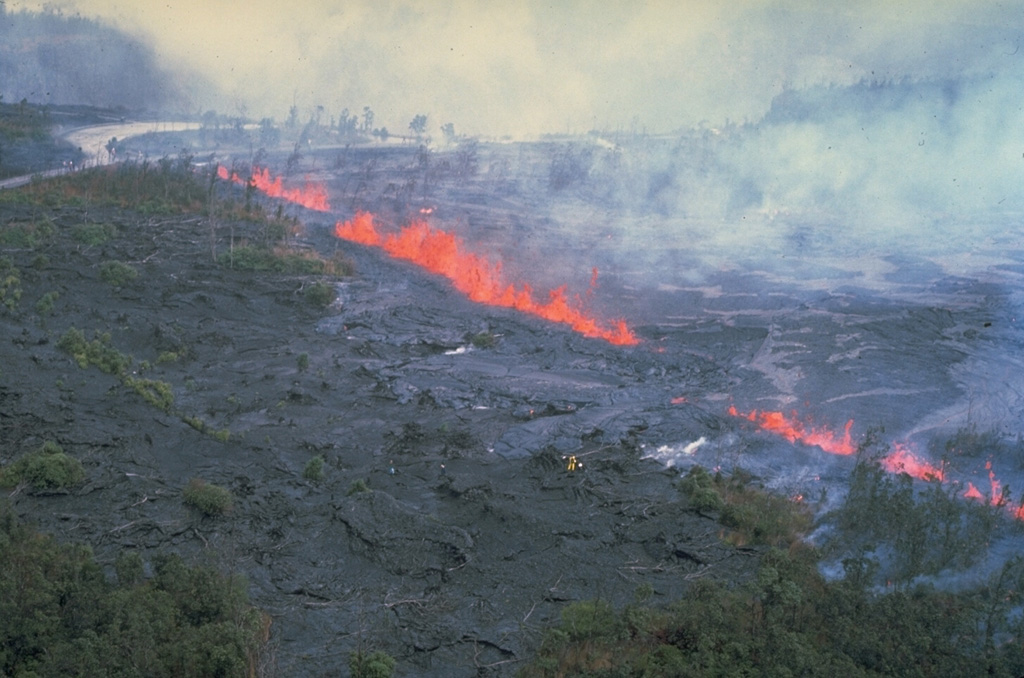 An en-echelon fissure near the Pauahi Crater parking lot on the upper East Rift Zone formed a “curtain of fire” (lava fountaining) on 16 November 1979. The eruption ended the following day, after producing lava flows across the Chain of Craters Road and moving about 500 m downslope west of the road into Pauahi Crater.