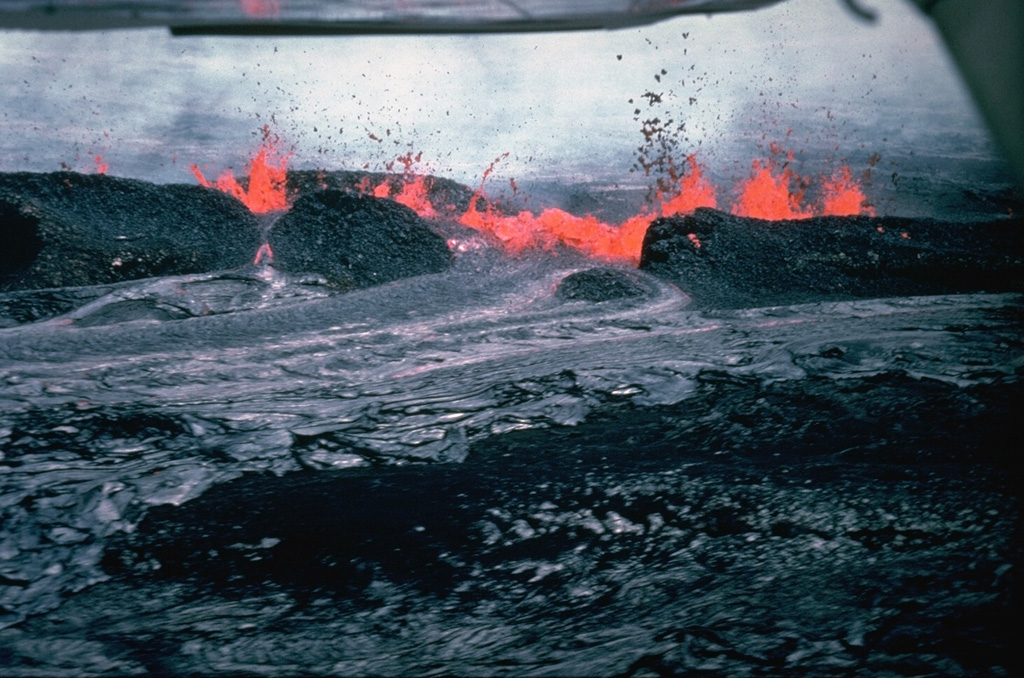 A 19-hour-long eruption began on 30 April 1982, from fissures east of Halemaʻumaʻu crater. This view from the north shows lava spatter feeding a lava flow two hours after the start of the eruption. Spatter ramparts of the 1964 eruption are partly buried by 1982 spatter.