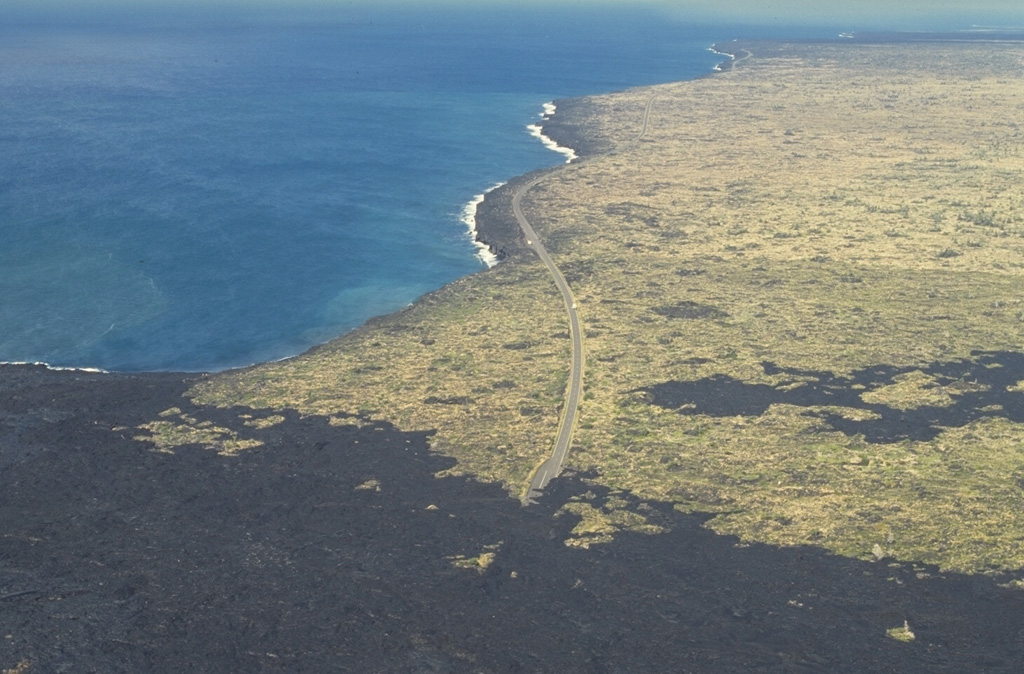 The Laeapuki lava flow on Kīlauea overran the coastal highway in April 1993, barely missing the Laeapuki ruins between the highway and the coast. After this June 1994 photo looking SW along the coast, lava flows overran the ruins. Lava flows from the East Rift Zone eruption that began in 1983 first reached the coast in 1986. By 1995 the flows had created 11 km of new coastline.