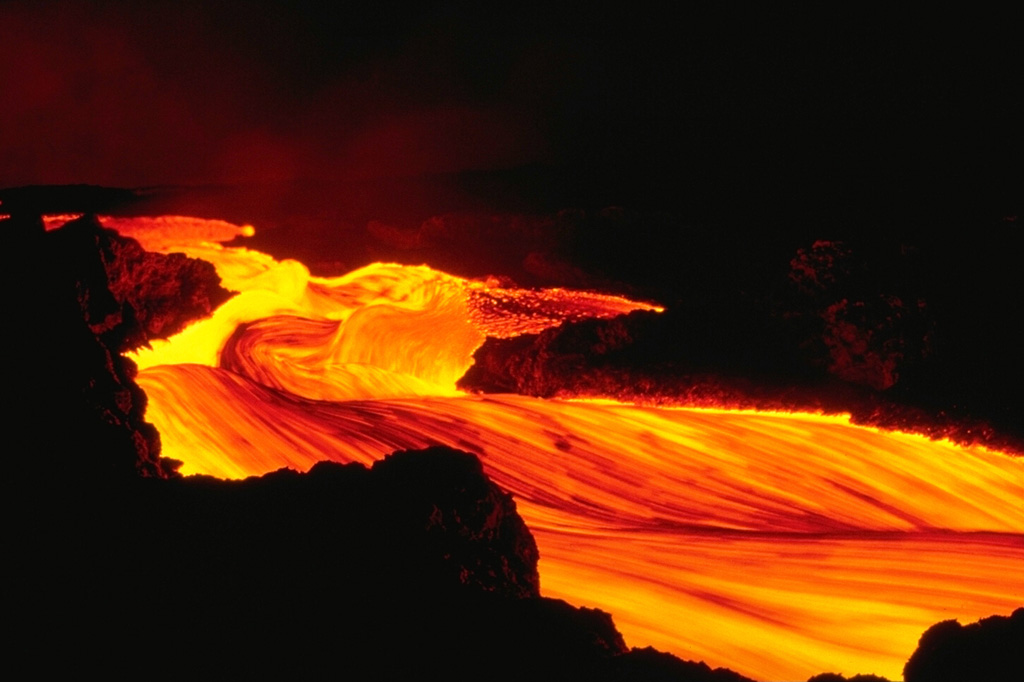 A stream of incandescent lava rapidly flows down the NE rift zone of Hawaii's Mauna Loa volcano during the early morning hours of an eruption that began on March 25, 1984. The eruptive fissures, which initially opened within the summit caldera and on the SW rift zone, then rapidly migrated across the summit caldera. Thereafter, activity was concentrated along the NE rift zone.