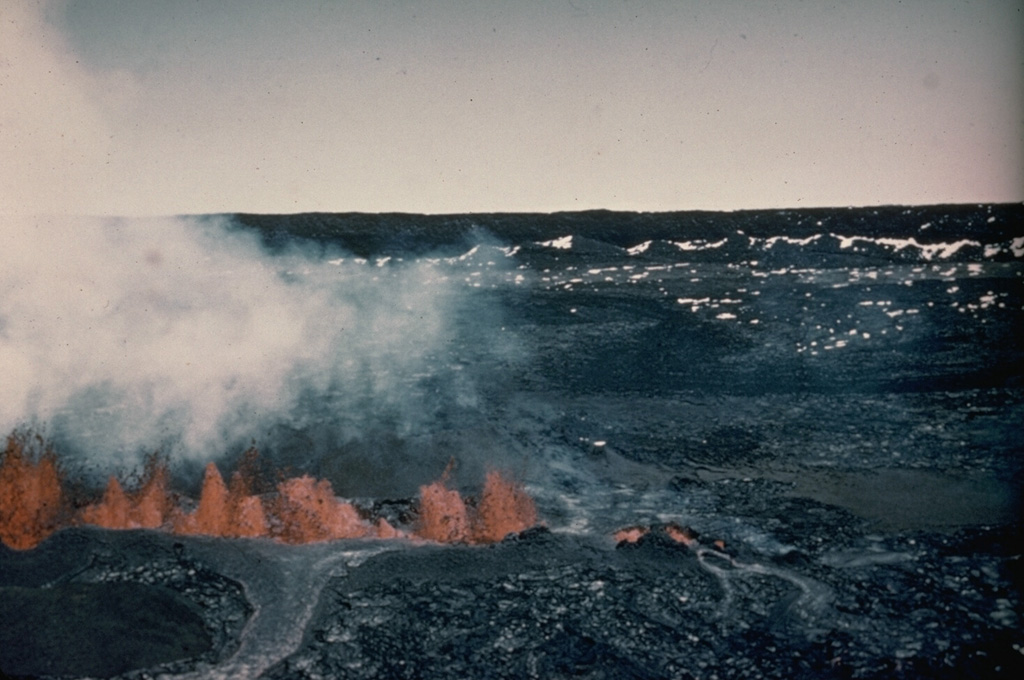 A line of lava fountains across the floor of Moku‘āweoweo caldera is seen from the western caldera rim on 9 April 1940, two days after the start an eruption at the summit and upper SW flank. The fissure erupted in the SW portion of the caldera and propagated a total distance of 6 km across the caldera and down the SW rift zone. During the course of the eruption lava flows covered two-thirds of the caldera floor.