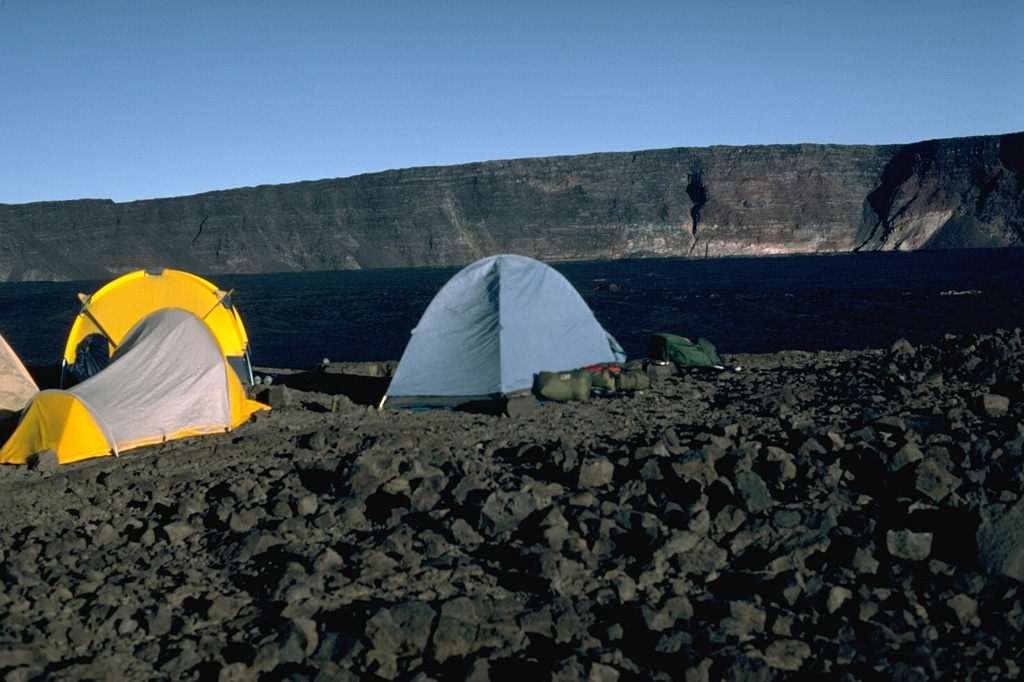 A campsite on the E rim of Mauna Loa's Moku’aweoweo caldera in 1987 has a view of the W rim that rises about 180 m above the lava flows from the 1984 eruption that covered the caldera floor. Lava flows from the 1975 eruption had also almost covered the entire floor. By this time, incremental filling of the caldera had almost halved the maximum recorded caldera depth of 320 m.