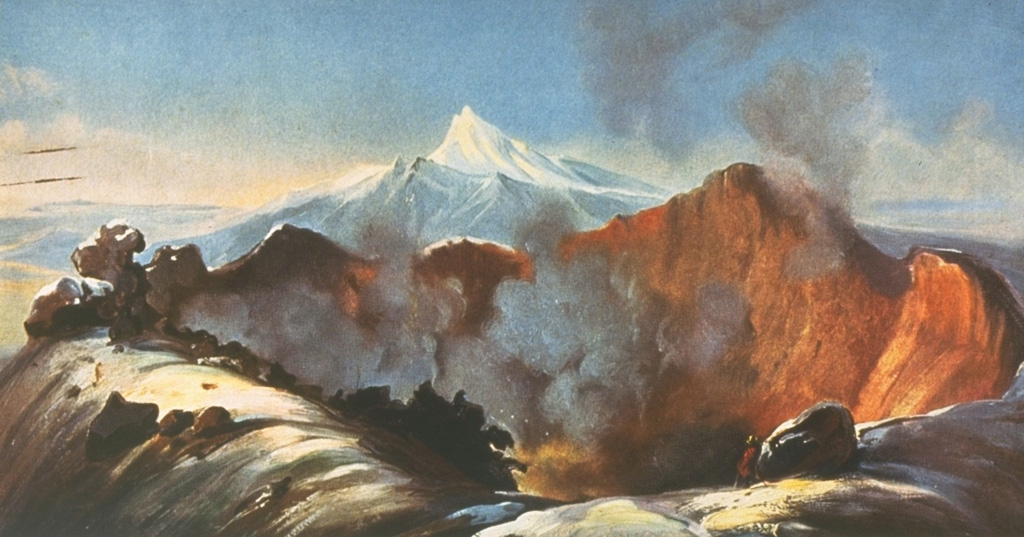 This painting by Rugendas published in 1856 depicts the active crater of Colima as it appeared in 1834 during the first scientific expedition to the summit. The painting shows the broad, deep crater excavated by the major explosive eruption of 15 February 1818. This eruption produced pyroclastic flows and abundant ash emission. Ashfall was reported up to 440 km away in Querétaro, Mexico City, Zacateras, and San Luis Potosí. Nevado de Colima appears in the background.