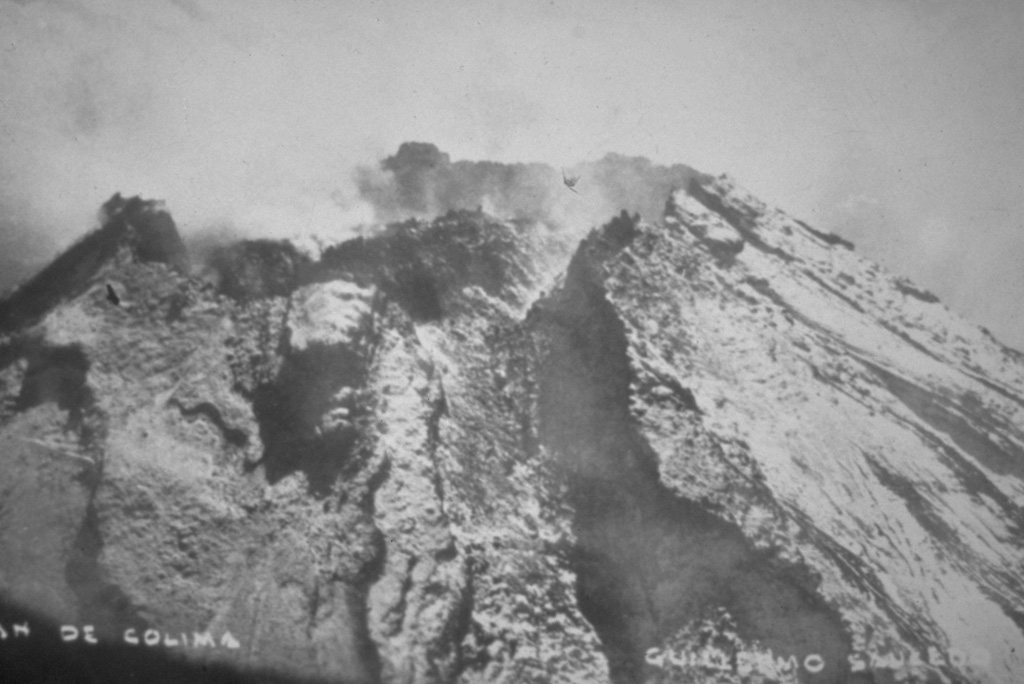 By the time that this 7 June 1960 photo was taken at Colima, the lava dome had risen to the height of the crater rim. The dome had begun growing again in May 1957 after about 25 years of quiescence, from a depth about 50 m below the notch in the northern crater rim (center) known as La Gran Vena. In 1961 this dome growth resulted in lava flowing out of the crater through this notch and down the northern flank.