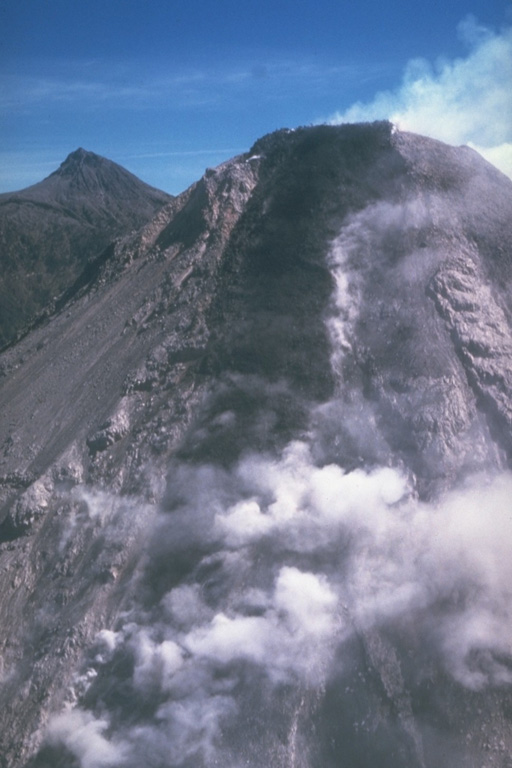 A lava flow advances down the steep upper SW flank of Colima in 1991. Aerial observations revealed lateral levees, pressure ridges near the flow front, and a lava channel within which most of the flow was advancing. The flow was about 100 m wide, 30 m thick, and 300 m long at the time of this 20 April 1991 photograph. Renewed lava extrusion took place following the partial collapse of the summit dome on 16 April. Nevado de Colima is in the background.