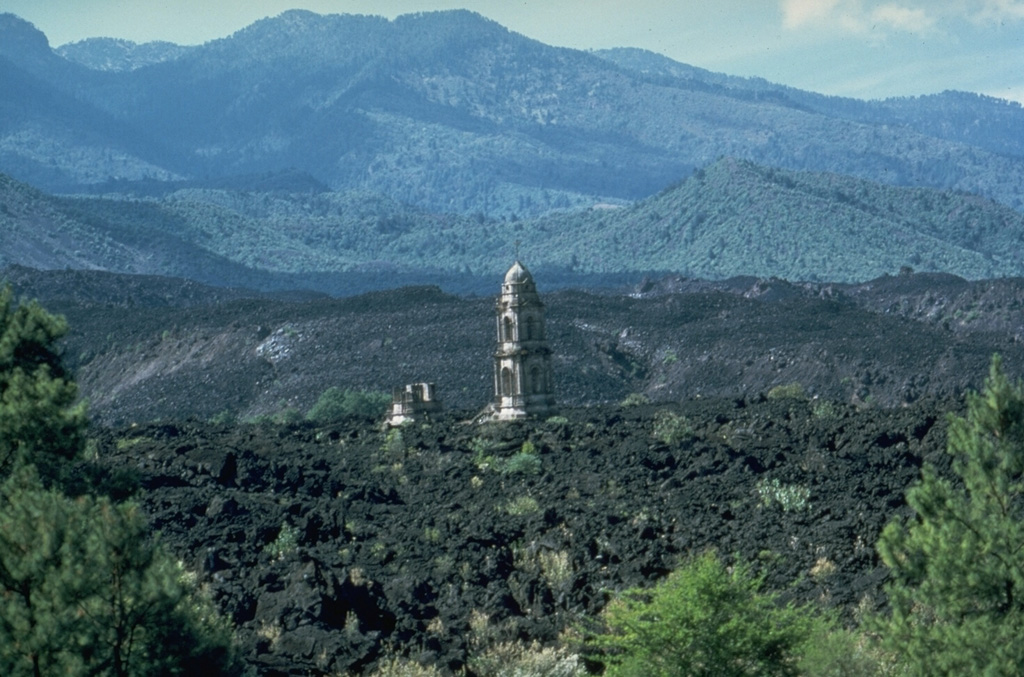 The tower of the unfinished San Juan Parangaricutiro church rises above the lava flows that surrounded it in 1944. The Taquí lava flow began on 8 January 1944 from the SW base of Parícutin. Renewed lava extrusion on 24 April threatened the town of San Juan Parangaricutiro and impacted it 17 June. The church was surrounded by lava in July. By the time the flow ceased in early August it had a length of 10 km.