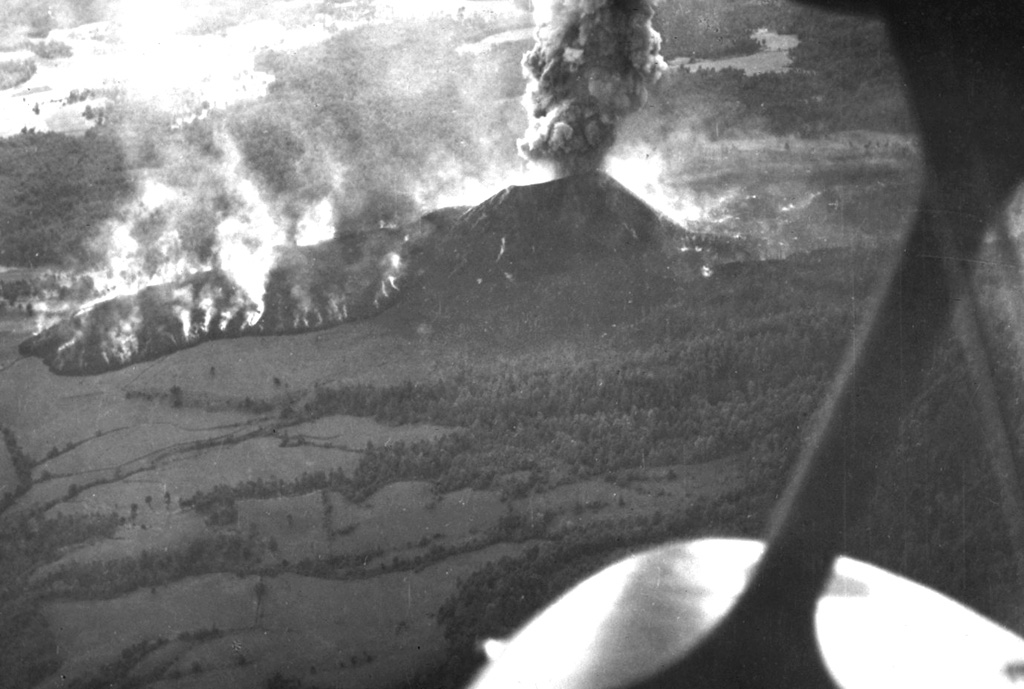 An aerial view from the NNW on March 5, 1943, about two weeks after the start of the eruption, shows the Quitzocho lava flow advancing to the NE as an ash plume rises from the cinder cone. The flow advanced in a rubbly sheet about 6 to 15 m high. Its volatile content was higher than in later Parícutin lava flows, and fumaroles pour from the margins of the flow. This photo was taken during the second of two flow surges, which took place from February 28 to March 20.