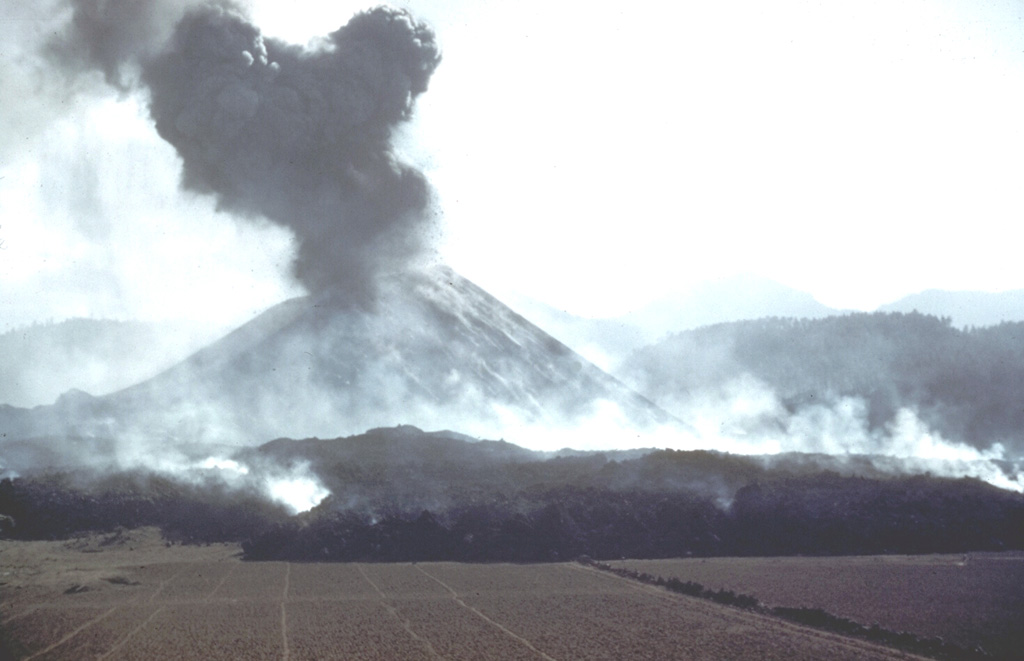 The first lava flow from Parícutin, the Quitzocho flow, moves northward over cornfields prepared for planting. A dark, ash-rich plume rises from the new cone, which by the time of this photo on February 25, the 5th day of the eruption, was already more than 150 m high. Steam rises from fumaroles on the advancing lava flow, and the flanks of the cone are obscured by dust and vapor.