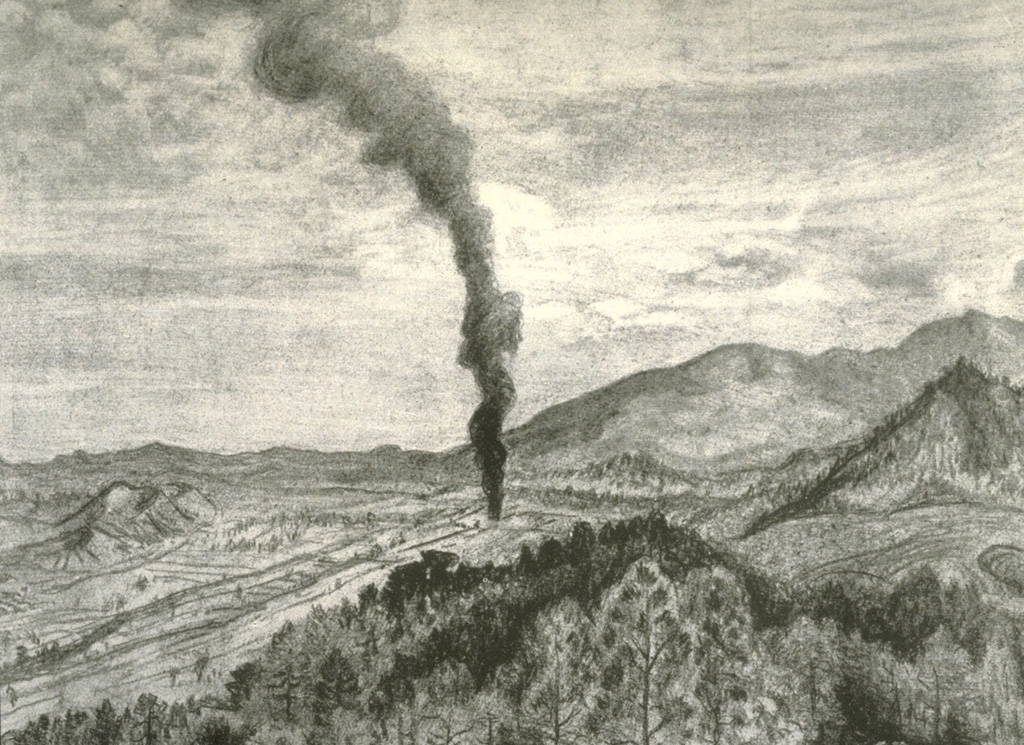 This sketch by Dr. Atl, the Mexican Renaissance man and noted artist, depicts the early moments of the birth of Parícutin volcano in a cornfield near the village from which the volcano was named. A Tarascan Indian farmer, Dionisio Pulido, observed the formation of the eruptive vent in his field about 4:30 pm on Feburary 20, 1943. He saw a fissure cut across the field as he was burning branches and noted that the ground around the vent raised up 2-2.5 m immediately prior to the onset of ash emission.