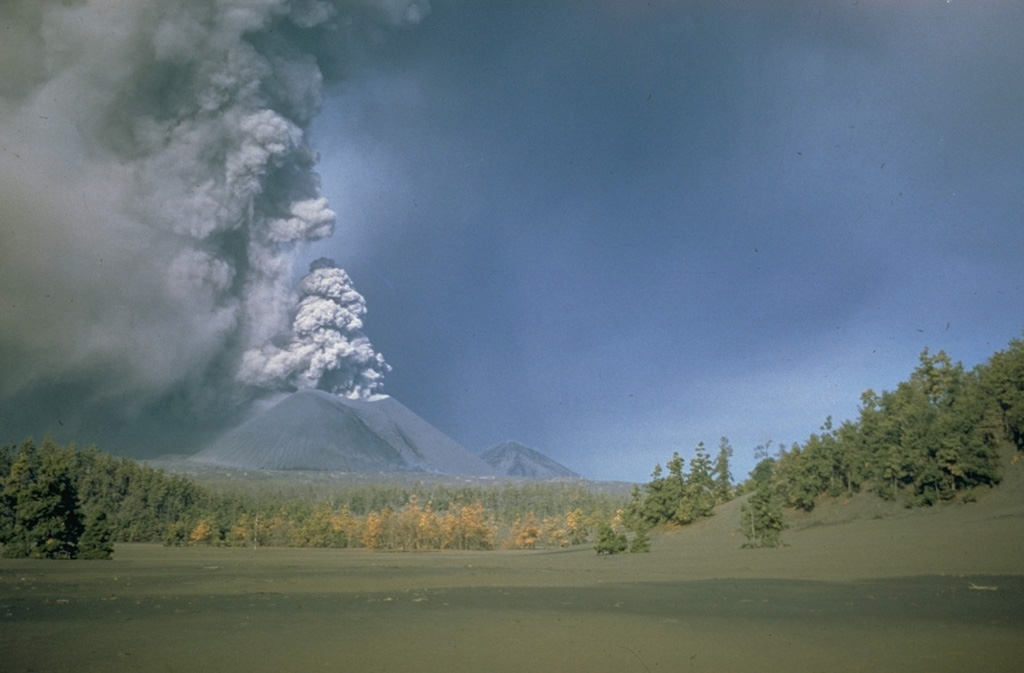 An ash-rich eruption column roils from the summit crater of Parícutin volcano sometime during 1946-48. A thick blanket of ash mantles the foreground. An estimated 4500 cattle and 550 horses died during the heavy ashfall in the early months of the eruption, devastating the local people who depended on the animals for food, plowing, and transportation. Ashfall was deeper than 15 cm over a 300 sq km area around the volcano, and continued with varying intensity throughout the 9-year-long eruption.