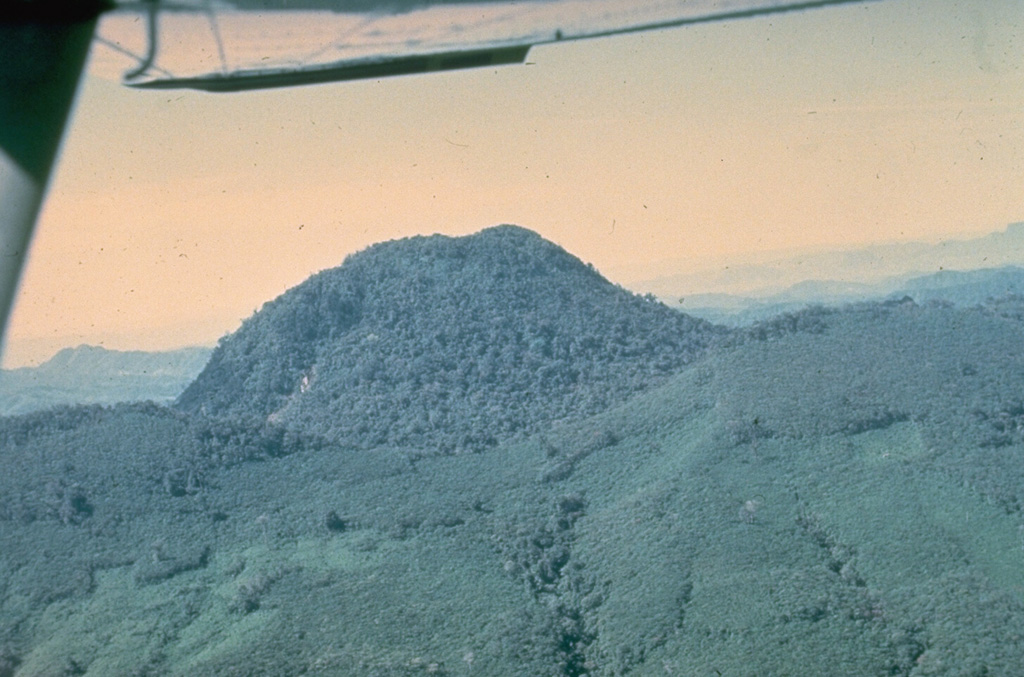 A forested lava dome, seen here from the east in 1974, filled the crater of México's El Chichón volcano and formed its highest point prior to a major eruption in 1982. The low ridge cutting across the middle of the photo is the rim of the pre-1982 crater. Powerful explosive eruptions in March and April 1982 removed the lava dome and produced a 1-km-wide crater.