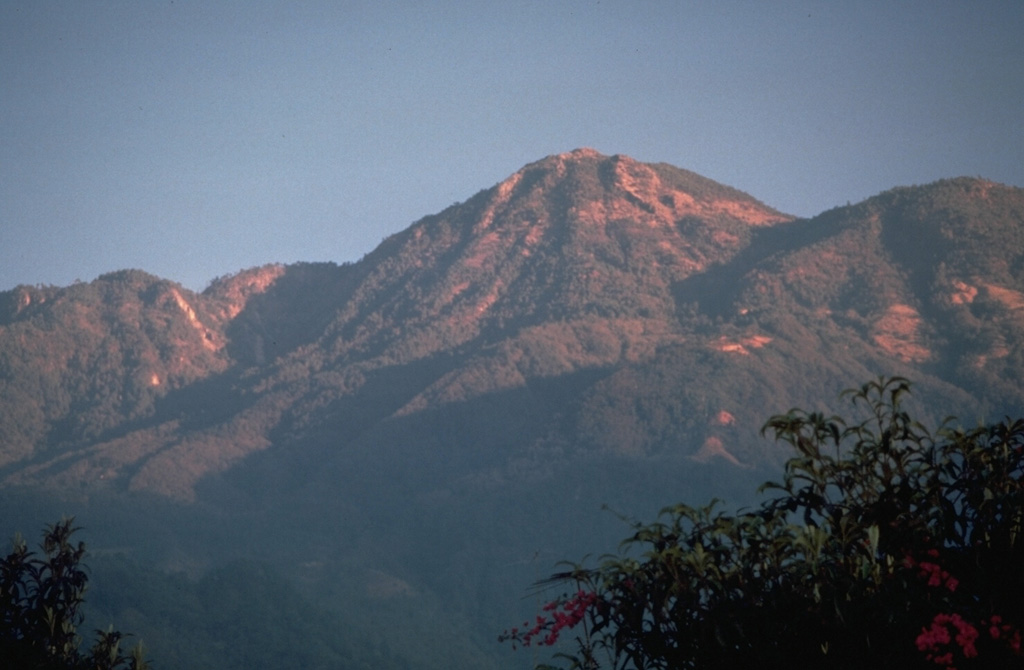 Tacaná lies about 30 km south of the Polochic‐Motagua fault, in the zone which marks the Caribbean and North American plate boundary. The summit, seen here from the SSE, is elongated as a result of the extrusion of a series of lava domes with the youngest center, San Antonio, being at the SW (left). In the center is the Tacaná itself, with Chichuj to the right.