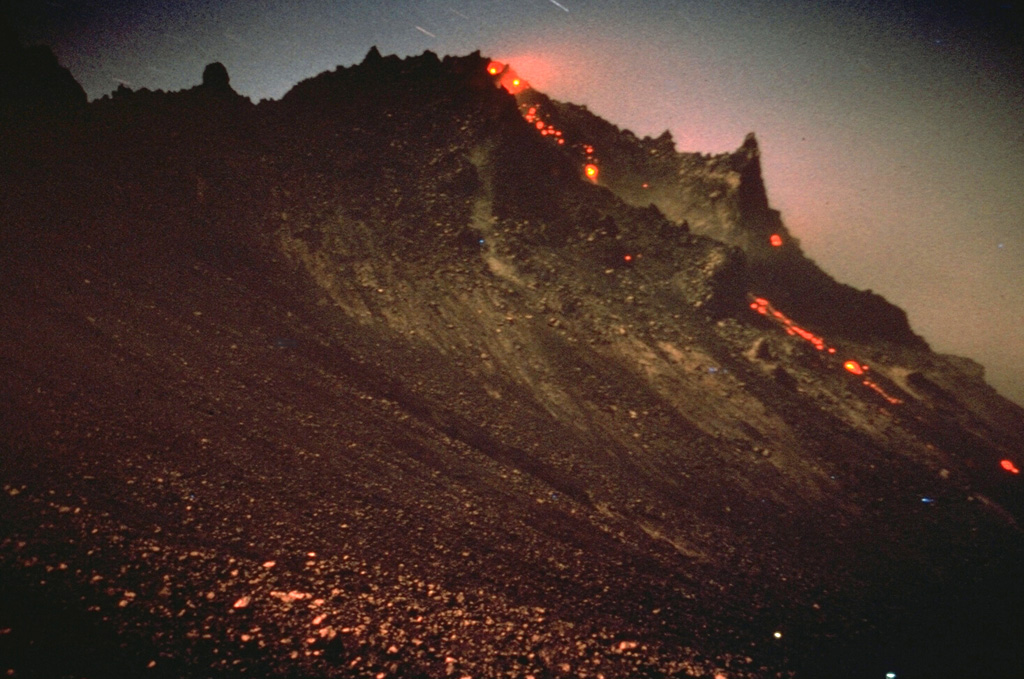 Incandescence is visible at the top of the growing Santiaguito lava dome in Guatemala. Rockfalls of hot material produce a visible trail down its northern flank. The dome began growing in 1922 in a large crater formed on the SW flank of Santa María volcano during a powerful explosive eruption in 1902. Dome growth has been continuous since 1922 and has produced a composite dome over 3 km long. This photo of El Brujo, the westernmost vent, was taken on 12 November 1967.