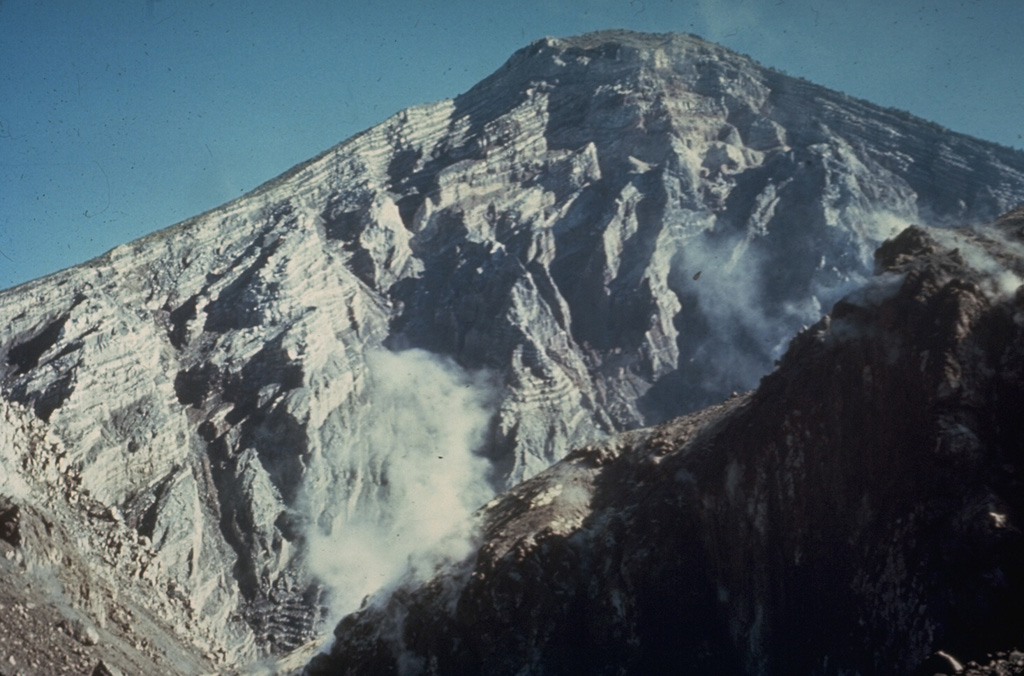 The interior of a stratovolcano is dramatically revealed in a 1-km-wide crater created on the SW flank of Guatemala's Santa María volcano during an eruption in 1902. The 1,200-m-high scarp exposes thin, light-colored lava flows that are interbedded with deposits of fragmented rock produced during growth of the volcano. The 1902 eruption was one of the world's largest during the 20th century.