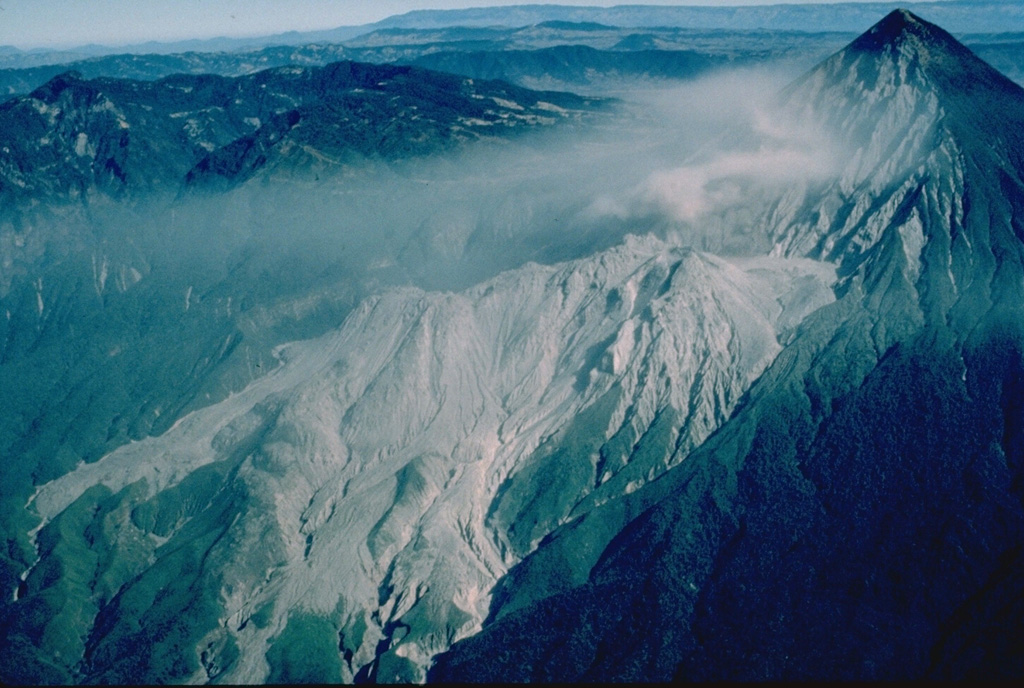 Two decades after a powerful explosive eruption in 1902 blasted a 1-km-wide crater through the SW flank of Santa María volcano, a lava dome began growing at the base of the crater. Santiaguito lava dome, forming the elongated unvegetated ridge at the center of the photo, has been continually active since 1922. Frequent explosive eruptions accompany episodic periods of more rapid lava dome growth and effusion of lava flows down the flanks of the dome. The summit of Santiaguito is about 1300 m below that of Santa María at the upper right.