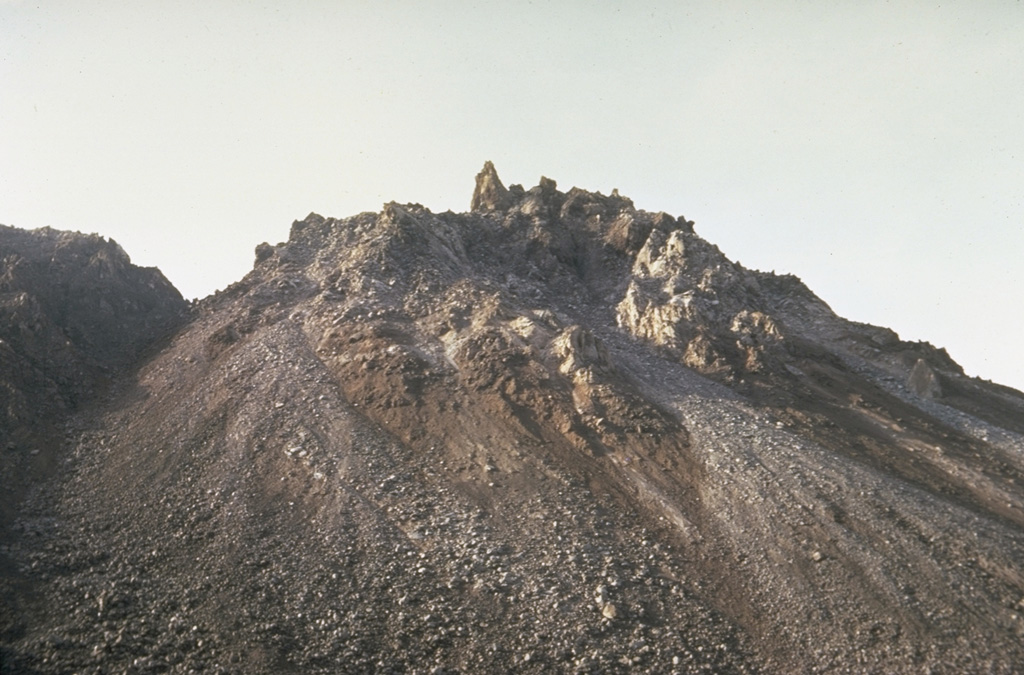 El Brujo vent at the western end of the Santiaguito lava dome complex was the youngest vent when this 10 August 1967 photo was taken from the north. The dome was not yet present in February 1954 aerial photographs, and may have begun growing following a strong explosive eruption on 14 April 1956. A large lava flow was extruded during 1959-63.