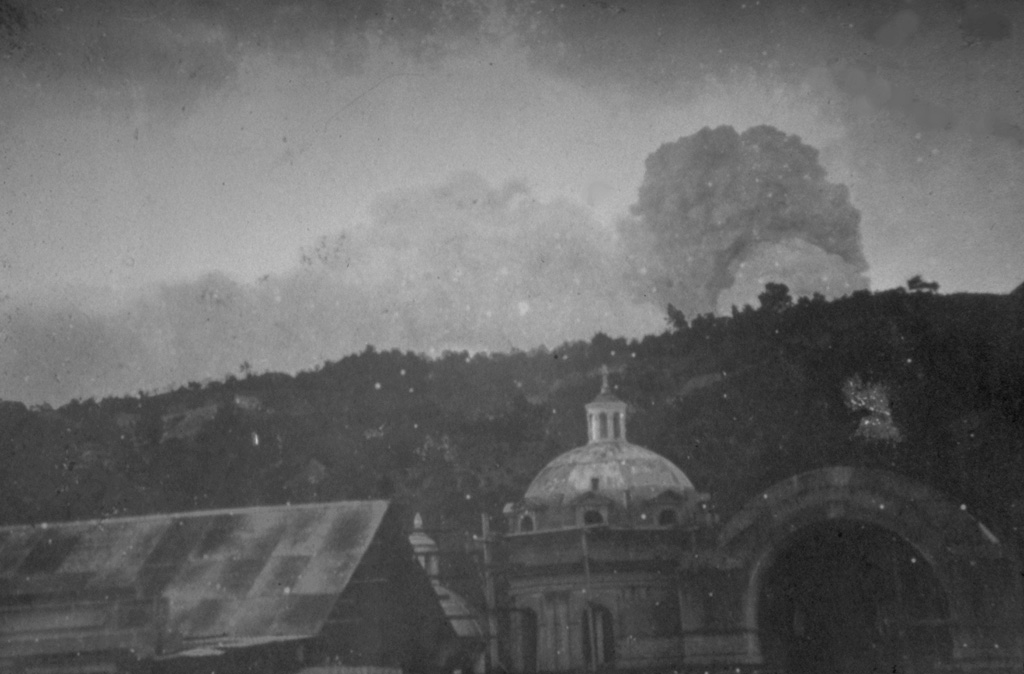 One of the largest eruptions of the 20th century took place 24-25 October 1902 from Santa María. During the Plinian phase explosions were heard in Costa Rica and ash plume heights of 27-29 km were recorded. Ashfall was primarily dispersed NW and eventually reached Mexico City; during the day on 25 October much of the Pacific coastal plain was in darkness. This photo shows an eruption plume on an unknown date from the city of Quetzaltenango, 10 km north of the volcano.