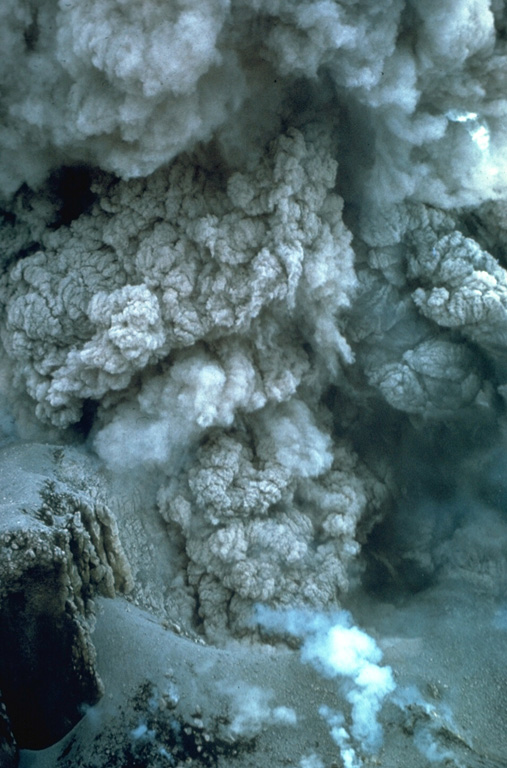 This closeup view of an ash plume rising from the El Brujo lava dome was taken on 13 November 1967. Explosions such as these are common at the growing lava dome, sometimes occurring within minutes of each other. The crater wall is visible at the lower left.