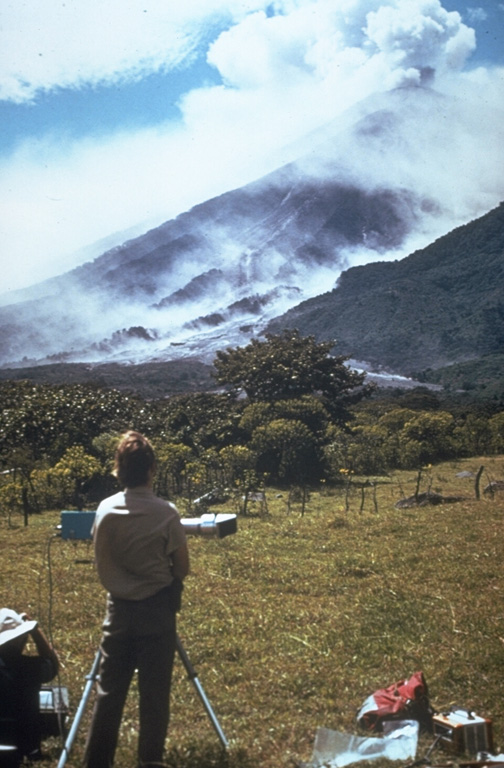 Scientists use a COSPEC (Correlation Spectrometer) instrument to measure the sulfur dioxide (SO2) content of a volcanic plume from Fuego volcano in Guatemala. Measuring the amount of SO2 and other gases in volcanic plumes are useful tools for eruption monitoring. This photo of Dick Stoiber (left) and Gary Malone (standing) was taken by Tom Crafford from Finca Capetillo NE of Fuego during its October 1974 eruption.