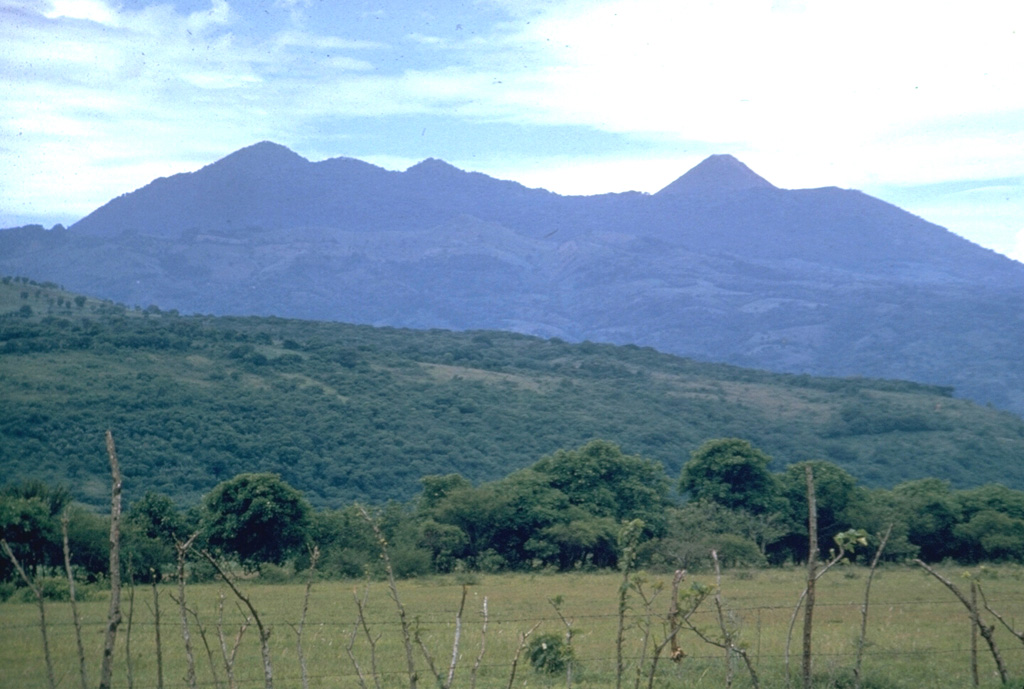 The Pacaya volcanic complex is seen here from the north. The rounded, forested lava dome of Cerro Grande forms the 2560 m high point at the left. The conical peak at the right is the historically active vent of Pacaya. It was constructed within an arcuate caldera whose rim forms the flat ridge on either side of the cone. This September 1962 photo was taken prior to a long-term eruption beginning in 1965 from a new vent on the west flank of the active cone. Frequent eruptions built MacKenney cone, which grew to the height of the previous cone.