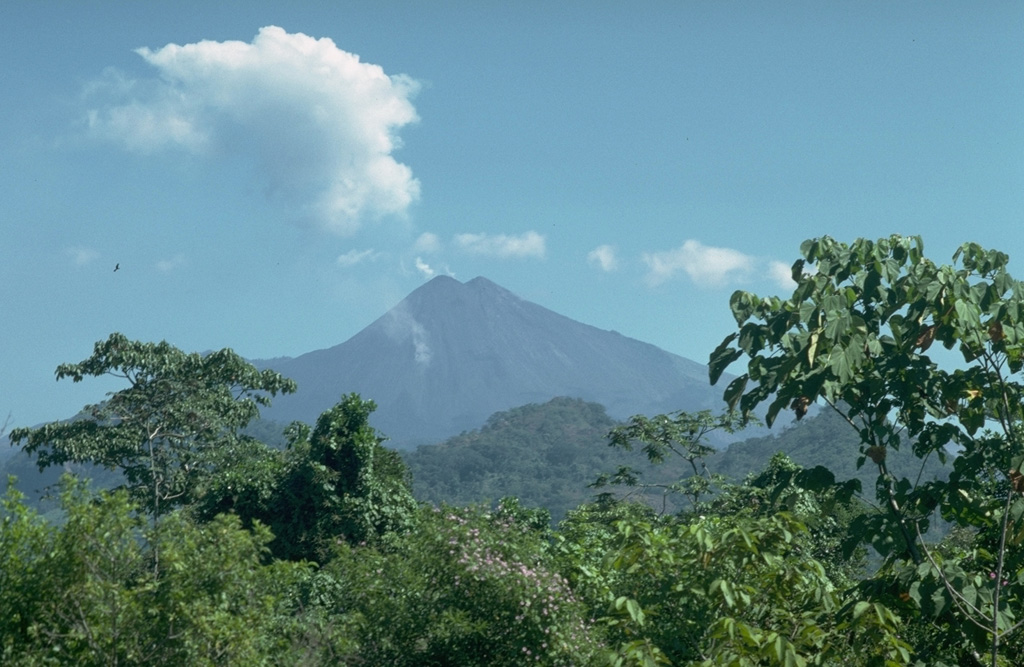 The less-frequently seen southern slopes of Pacaya volcano rise above foothills at the margin of the Pacific coastal plain of Guatemala. The twin-peaked summit seen here is MacKenney cone, which was constructed within a collapse scarp produced by the gravitational failure of an ancestral Pacaya volcano. The resulting debris avalanche traveled 25 km from the volcano to near the village of Las Chapernas on the coastal plain, beyond the point of this photo.