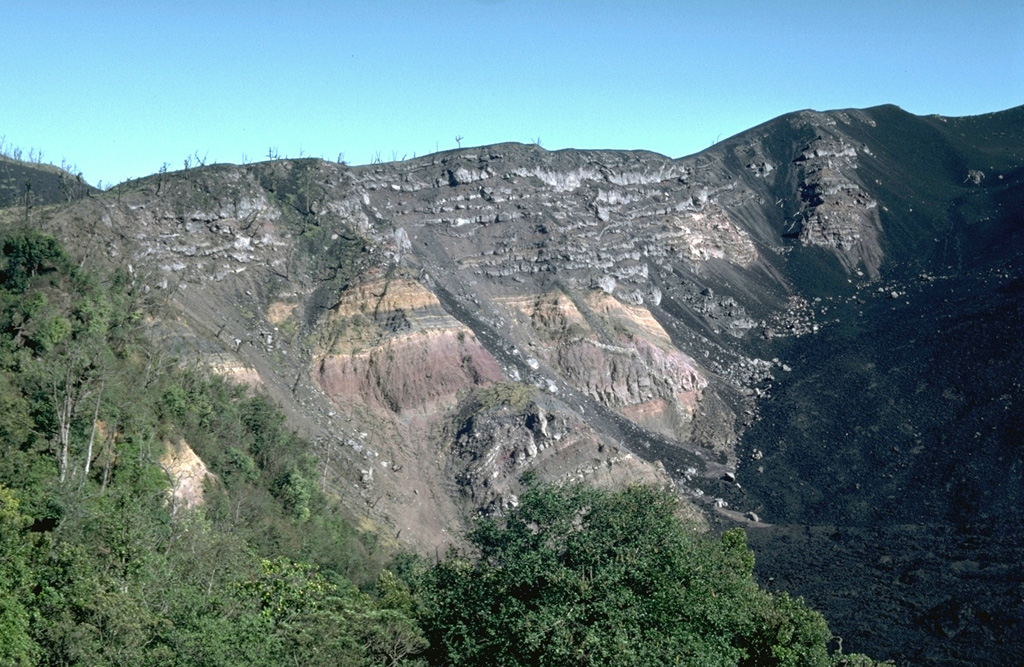 Large-scale collapse of the summit of Pacaya volcano sometime between about 1550 and 600 years ago created a large horseshoe-shaped caldera. Collapse was followed by a large explosive eruption that produced widespread pyroclastic surges. This roughly 150-m-high section of the NW caldera wall exposes light-colored lava flows overlying pyroclastic deposits of the pre-collapse volcano. Subsequent eruptions have constructed a new cone within the caldera. Lava flows from MacKenney cone (out of view to the right) are slowly filling in the caldera moat.