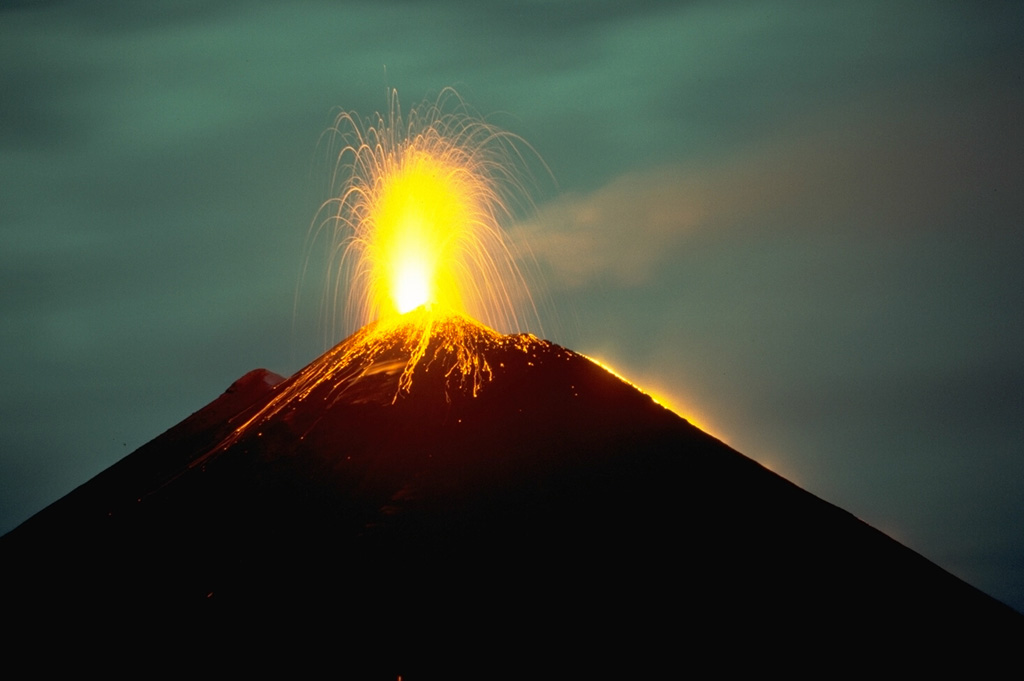 Long-term strombolian eruptions began at Pacaya volcano in 1965 and continued for more than a quarter century. Nighttime incandescent explosions are often visible from Guatemala City, 40 km to the north. The accumulation of ejecta from frequent strombolian eruptions periodically raises the height of MacKenney cone after it has been partially destroyed by intermittent larger explosions. This November 1988 photo also shows a lava flow from a fissure on the west flank of MacKenney cone descending the right-hand skyline.