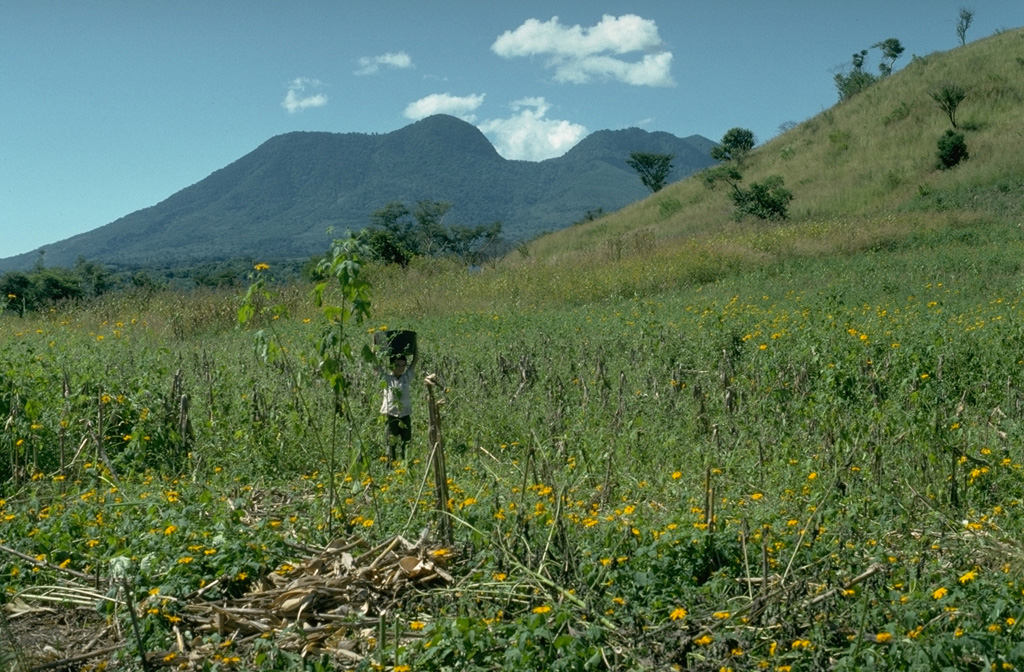 The summit lava-dome complex of Tecuamburro volcano is seen here from the NE along the road from Cuilapa. Four adjacent NW-SE-trending lava domes, the SE-most (left-center) of which is Tecuamburro proper, were erupted within a large horseshoe-shaped crater left by collapse of an ancestral volcano. These domes were erupted less than 38,000 years ago. The Tecuamburro complex was constructed within a 20-km-wide graben whose northern margin terminates against the major regional Jalpatagua fault. 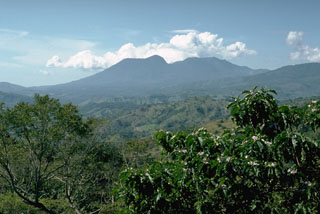