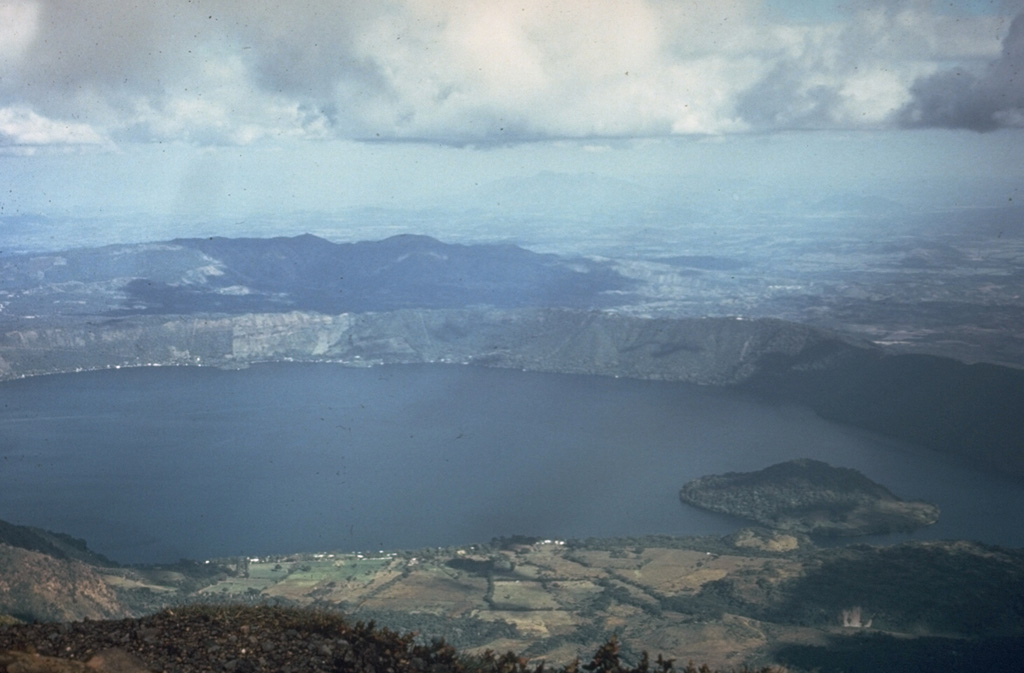 Coatepeque caldera iseast of Santa Ana volcano. The eastern caldera rim rises about 250 m above the lake surface in this 1972 photo. Post-caldera eruptions included the formation of basaltic scoria cones and flows near the western margin, and the extrusion of lava domes (such as Cerro Grande forming the island to the right) along a NE-SW line near the caldera lake margins.