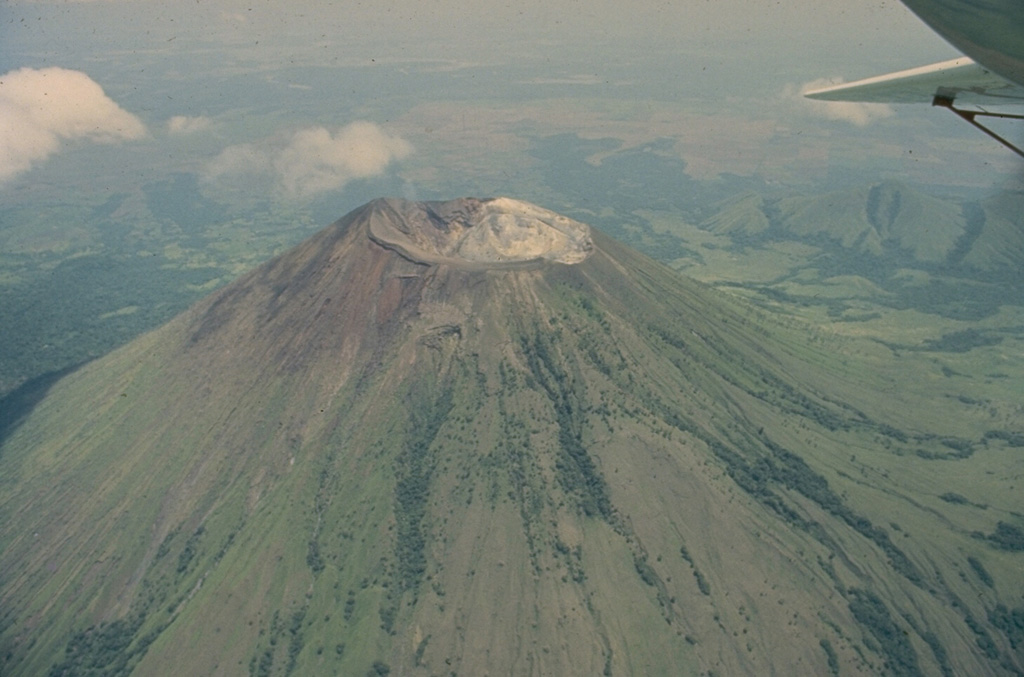 San Cristóbal, seen in this 1975 aerial view from the south, is the highest volcano in the Marrabios Range of western Nicaragua. The symmetrical, 1745-m-high stratovolcano is the youngest of five principal volcanoes forming the San Cristóbal complex. Young lava flows are located on its SW and northern flanks. Explosive eruptions have occurred since the beginning of the Spanish era. Cerro Moyotepe, a small composite volcano of the San Cristóbal complex that is cut by a series of N-S faults, appears at the right, below the plane wing.