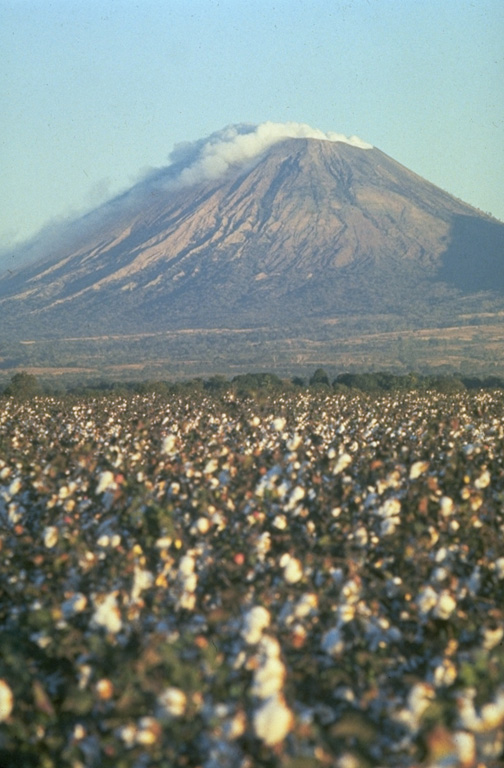 San Cristóbal volcano, one of the most dramatic landmarks in Nicaragua, rises to 1745 m above cotton fields on its southern flank. This 1975 view of the volcano, also known as El Viejo, shows a strong gas plume drifting down its western flank. Persistent fuming has released large amounts of sulfur dioxide, destroying forests on this side of the volcano; the gas plume was strong enough to corrode barbed wire. Lava flows and explosive activity have occurred from lateral vents as well as from the large summit crater.