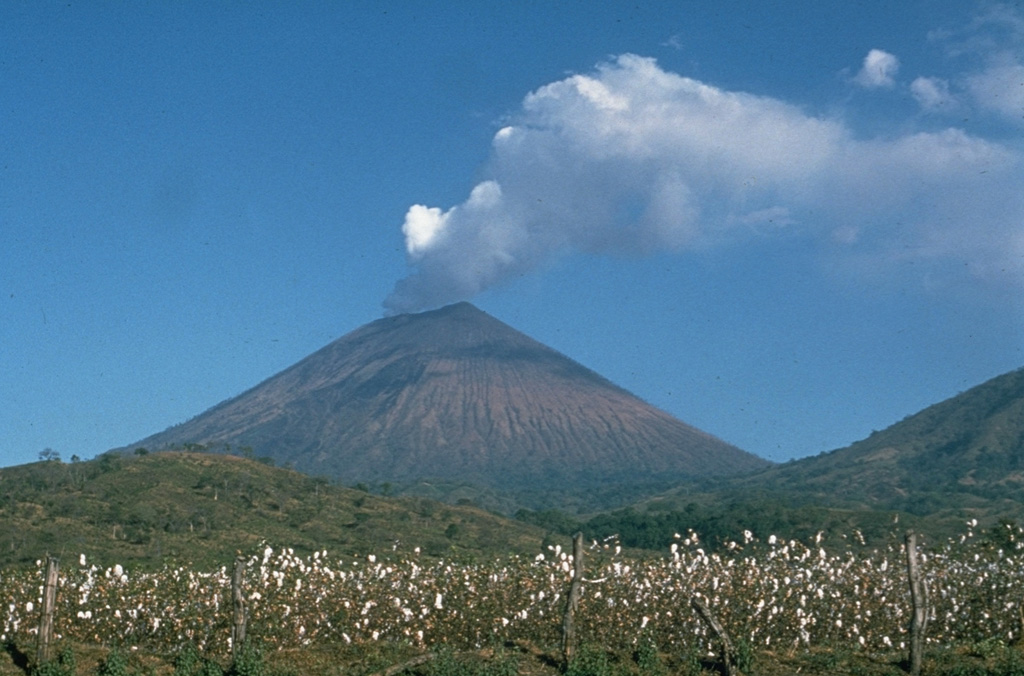 A strong steam plume pours from the summit crater of San Cristóbal volcano in this March 1976 view from the NW. Mild explosive eruptions during March 9-16, 1976 were the first since 1971. In February 1972 part of the crater floor began subsiding, ultimately leading to formation of a collapse pit in March 1976. By December 1976 the pit had deepened to 90 m and incandescence was visible after dark.