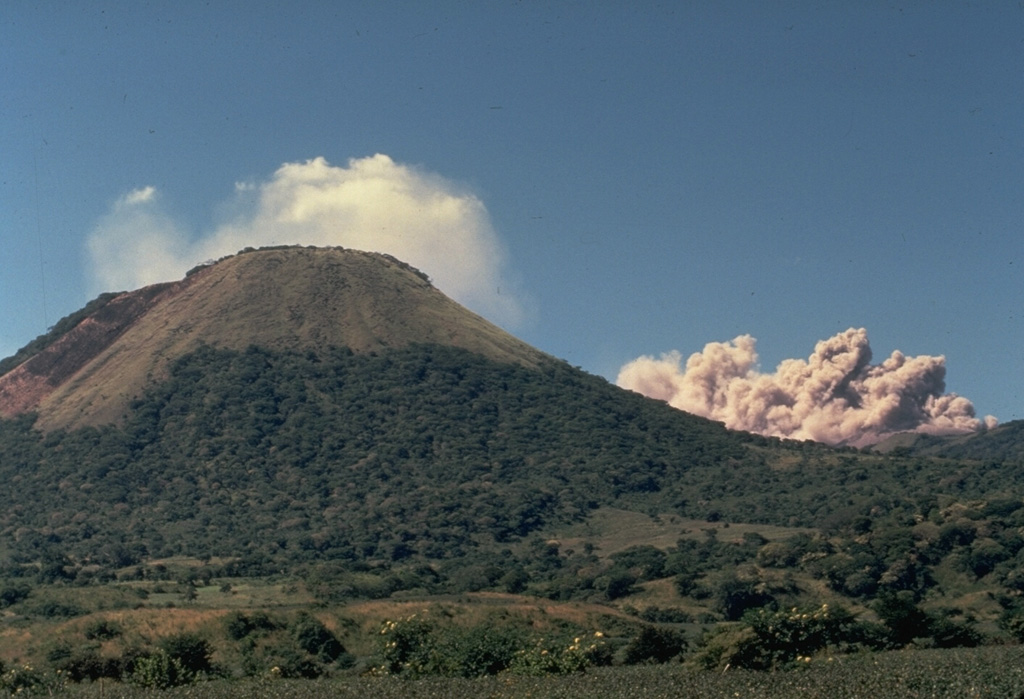 An ash column rises in 1977 from the crater of Telica volcano, behind the ridge at the right. This was one of many explosive eruptions that took place between November 1976 and January 1978. The steep-sided symmetrical peak at the left is Santa Clara, one of several overlapping volcanoes of the Telica volcanic complex. Reports of historical eruptions from Santa Clara, located at the south end of the Telica complex, have not been substantiated. This view is from the SE.