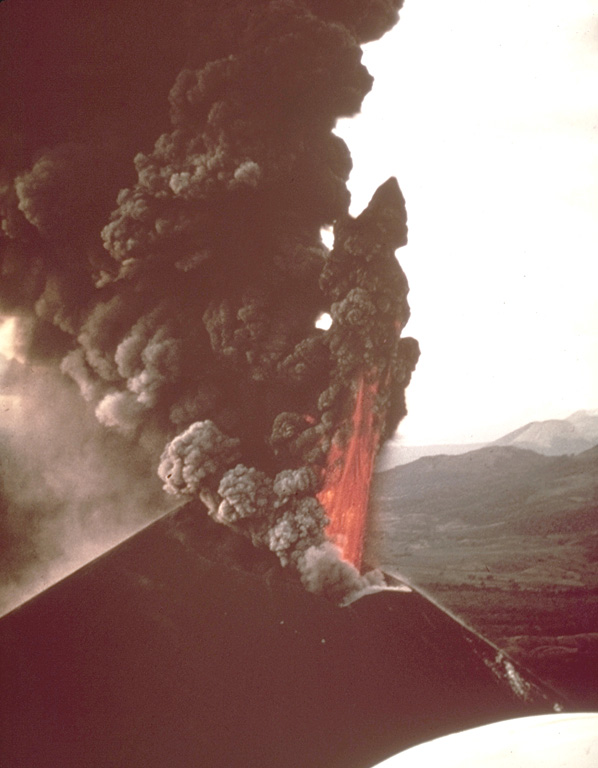 An incandescent lava fountain and a thick ash-laden eruption column rise above the summit crater of Cerro Negro volcano in 1968. Ash columns were distributed primarily to the west, and intense ashfall affected the León-Chinandega area, one of the most densely populated and important agricultural areas in Nicaragua. This aerial view from the SE shows the Telica and San Cristóbal volcanic complexes in the far right distance.