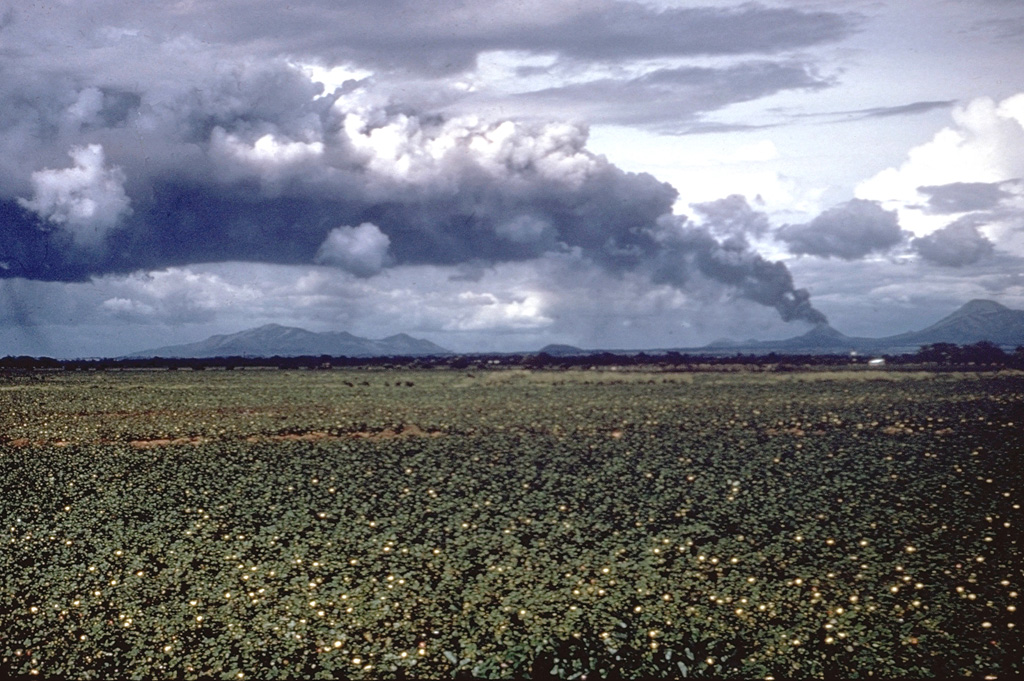 A large tephra cloud silhouetted against weather clouds rises from Cerro Negro volcano in November 1968. Strong winds blowing from the east deflect the ash plume. This view from the SW looks across cotton fields of the Nicaraguan central depression to the Marrabios Range volcanoes. To the right of Cerro Negro is Las Pilas volcano, and the broad massif to the left is Rota volcano.