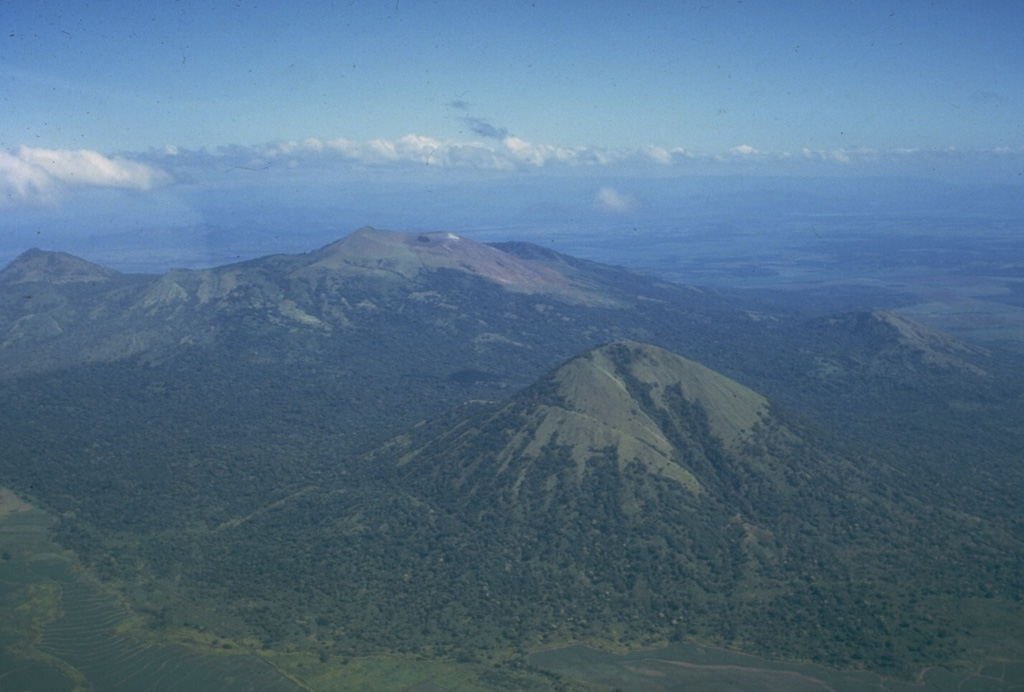 Las Pilas volcanic complex includes a cluster of cones, of which Las Pilas (El Hoyo), in the center background, is the largest. A N-S fracture system cutting across the cone has produced numerous well-preserved flank vents, including maars. Cerro Asososca is the prominent conical volcano in the right foreground of this photo from the SW. Cerro Grande is the peak at the upper left. The only certain historical eruptions of Las Pilas took place in the 1950s from a fissure that cut across the summit east of the 700-m-wide summit crater.